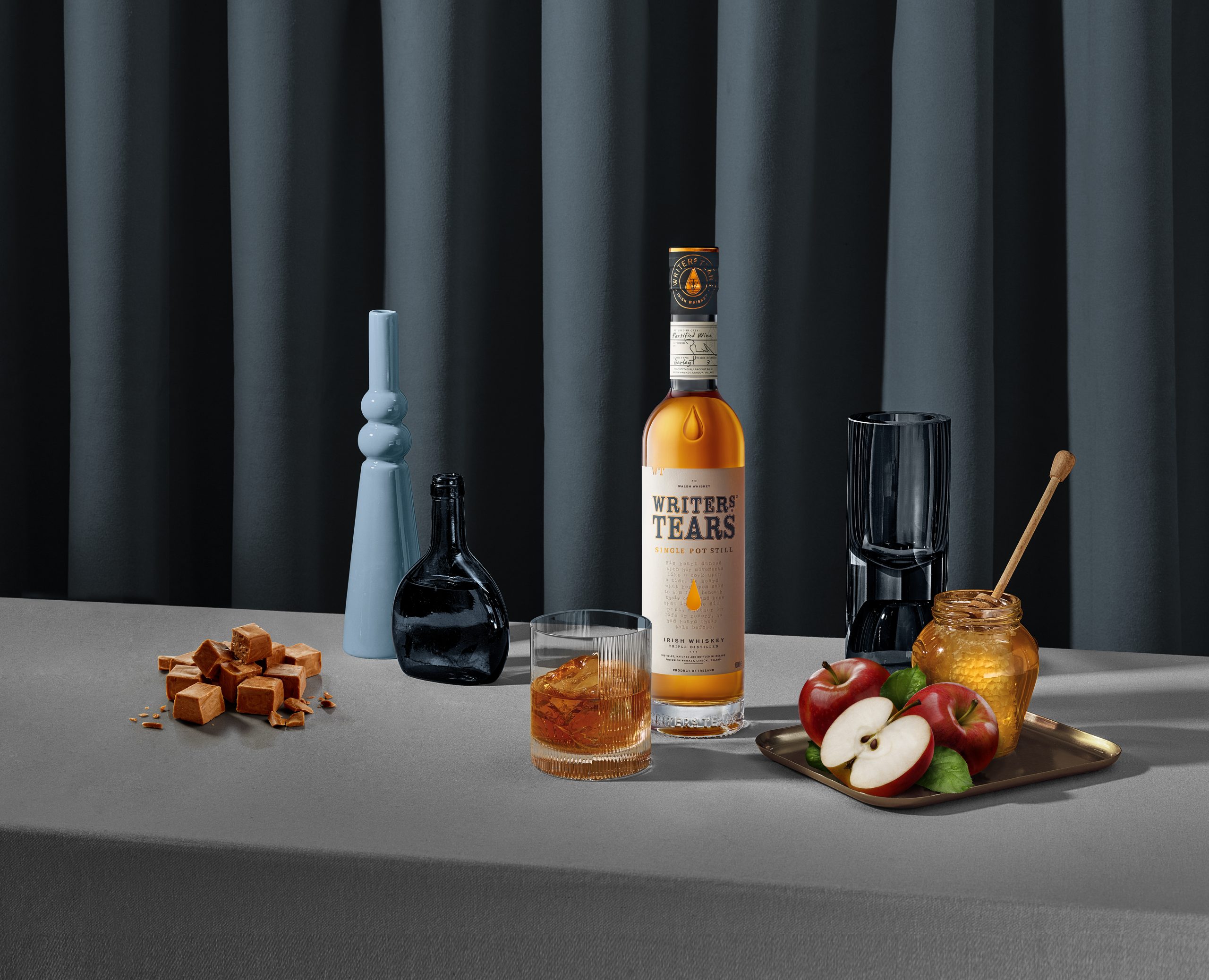 Walsh Whiskey in Carlow has announced the release of a Writers Tears Single Pot Still expression finished in Pedro Ximenez Sherry casks from Spain and Florio Marsala Hogsheads from Sicily, before being cut for release at 46% ABV. Walsh Whiskey now have a portfolio of 21 whiskeys with the emphasis of the Writers Tears brand being firmly on the super Premium Irish Whiskey sector.

“Writers’ Tears is a pot still-led range of whiskey and this single pot still expression cements that. On this occasion we are majoring on a classic pot still combination by pairing it with American bourbon barrels, Pedro Ximenez Sherry casks from Spain, and Florio Marsala Hogsheads from Sicily – a decadent combination if ever there was one!”

“The complexities resulting from the marriage of spicy single pot still whiskey with bourbon, sweet PX and Marsala casks are a feast for the senses. This special expression is in keeping with Walsh Whiskey’s innovative approach to whiskey origination which includes pushing the boundaries on single pot still. I am very proud of this whiskey, our first single pot still expression, and excited to bring a new core whiskey to the Writers’ Tears family that will become available to more and more of our followers in over 50 countries worldwide over time.” 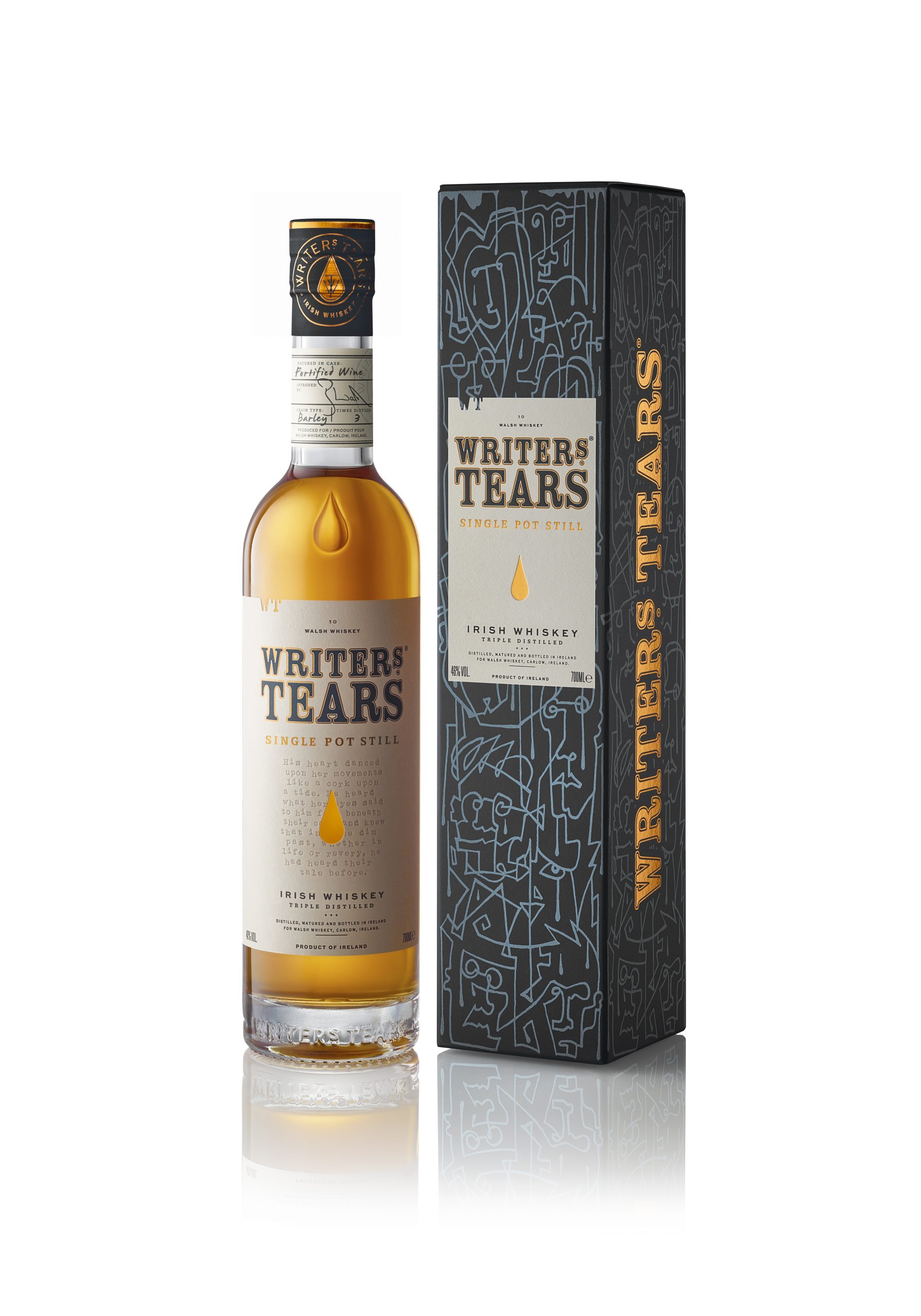 Bernard says that “his creative process begins with sourcing whiskeys to his exacting specifications. He then augments the spirits through blending and finishing in special and elusive casks, honouring old styles and creating new ones in the process”.

Describing his approach to developing his whiskeys, Walsh said:

“The spirit serves as a canvas which I layer up with luxuriant and rare flavours to achieve the calibre of finish that our whiskeys, after 22 expressions in 22 years, are now internationally renowned for.”

The initial release is destined for Ireland, UK, France, Germany & Holland in October 2 when, some 5,800 bottles of Writers’ Tears – Single Pot Still will be made available to Ireland, the UK, France, Germany and Holland, retailing for €59.99/ £49. The new expression will reach the US when a second larger release becomes available in 2022.

This looks like really good value for what promises to be another great addition to the Writers Tears portfolio. I’ve had the pleasure of enjoying previous Walsh Whiskeys finished in the same Florio Marsala Casks in both The Irishman and Writers Tears Copper expressions. Both were beautifully finished. It will fascinating to see what an extra lair of Pedro Ximenez finish will add to what will be a double fortified wine finished Single Pot Still Irish Whiskey at 46% ABV. As a confirmed Single Pot Still aficionado,  I’ll be one of the first inline to buy one when it is released next month.

Walsh Whiskey tell me that they plan to extend their portfolio gradually over time, continuing to build carefully in a way that honours the super-premium positioning of both it’s ranges, which Bernard believes is key to the future success of the Irish whiskey category.