GALWAY WHISKEY HISTORY IN THE MAKING

A rare opportunity to own a Cask of Síolta Mhicil Irish Whiskey history from Micil Distillery in Galway.

Micil Distillery based in Salthill in Galway have been in touch with news of their Síolta Mhicil Irish Whiskey Cask Purchase programme which has just been announced. The small team led by founder Pádraic Ó Griallais and operating from a micro distillery at the rear of the well known Oslo Bar off the Prom at Salthill in Galway City. 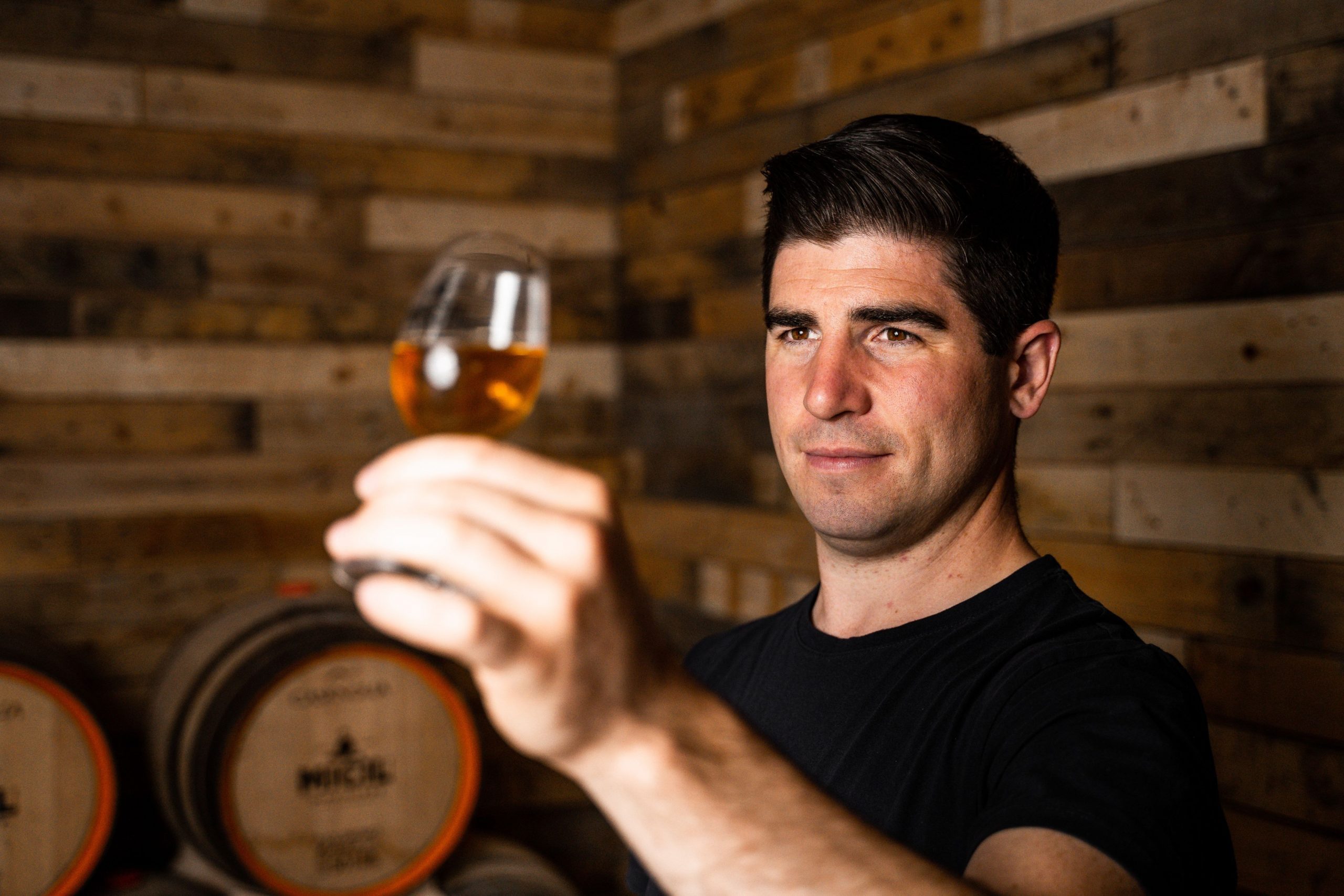 Pádraic is a proud 6th generation poitín distiller from Connemara whose family have been producing poitín on the shores of Galway Bay for over 170 years. Micil Distillery is named in honour of his great-great-great grandfather, Micil Mac Chearra. He began distilling in 1848 in Connemara.

I’ve had the pleasure of meeting Pádraic over a glass or two of his Bog Bean Poitín at one or two trade events down though the years and found him and his story inspiring. I was delighted to hear in the last year that another highly respected stalwart of the Irish Whiskey scene, Mark McLaughlin has also joined the Micil Distillery team.

It’s great to hear that they have taken the next step after Poitín to cask their spirit into Síolta Mhicil whiskey and intriguing to hear that they are casking using 240 handmade 50 litre casks. A normal standard Bourbon Cask is about 200 litres so I guess that these are quarter casks? The new Síolta Mhicil whiskey will be double distilled in the distilleries single 500 litre pot still.

Here’s their press release with all of the details. I look forward to dropping in to Micil Distillery in the near future for a first hand look and catch up.

Micil Distillery is proud to announce their Síolta Mhicil cask offering, a unique opportunity to be involved in a piece of Irish whiskey history. Members of the public will have the chance to purchase one of only 240 handmade 50 litre casks, and to own a share of the first legal Galway whiskey to be produced in over a century. With the choice of 3 unique mash bills (recipes) and 5 distinct cask types, each cask will cost €3,300 prior to VAT and excise duty (which is paid after maturation), and will yield approximately 90 bottles of bespoke whiskey.

Síolta Mhicil members will purchase a cask of their chosen spirit which will be distilled and matured for 4 years by Micil Distillery, after which the mature whiskey will be both hand bottled and labelled with a personalised Micil Irish Whiskey label for the member’s own personal enjoyment.

The Micil family have been crafting exceptional Irish spirits on the shores of Galway Bay for over 170 years, handing down traditions, skills and recipes from generation to generation.  During the 1700s and 1800s Galway had over 22 legal whiskey distilleries, while Connemara was home to the most Irish of all distilling traditions, illicit ‘fuisce’ made in small copper pot stills. The Micil team are now drawing on these traditions and recipes, creating innovative whiskeys that combine the best of the past with the finest ingredients that our land has to offer. 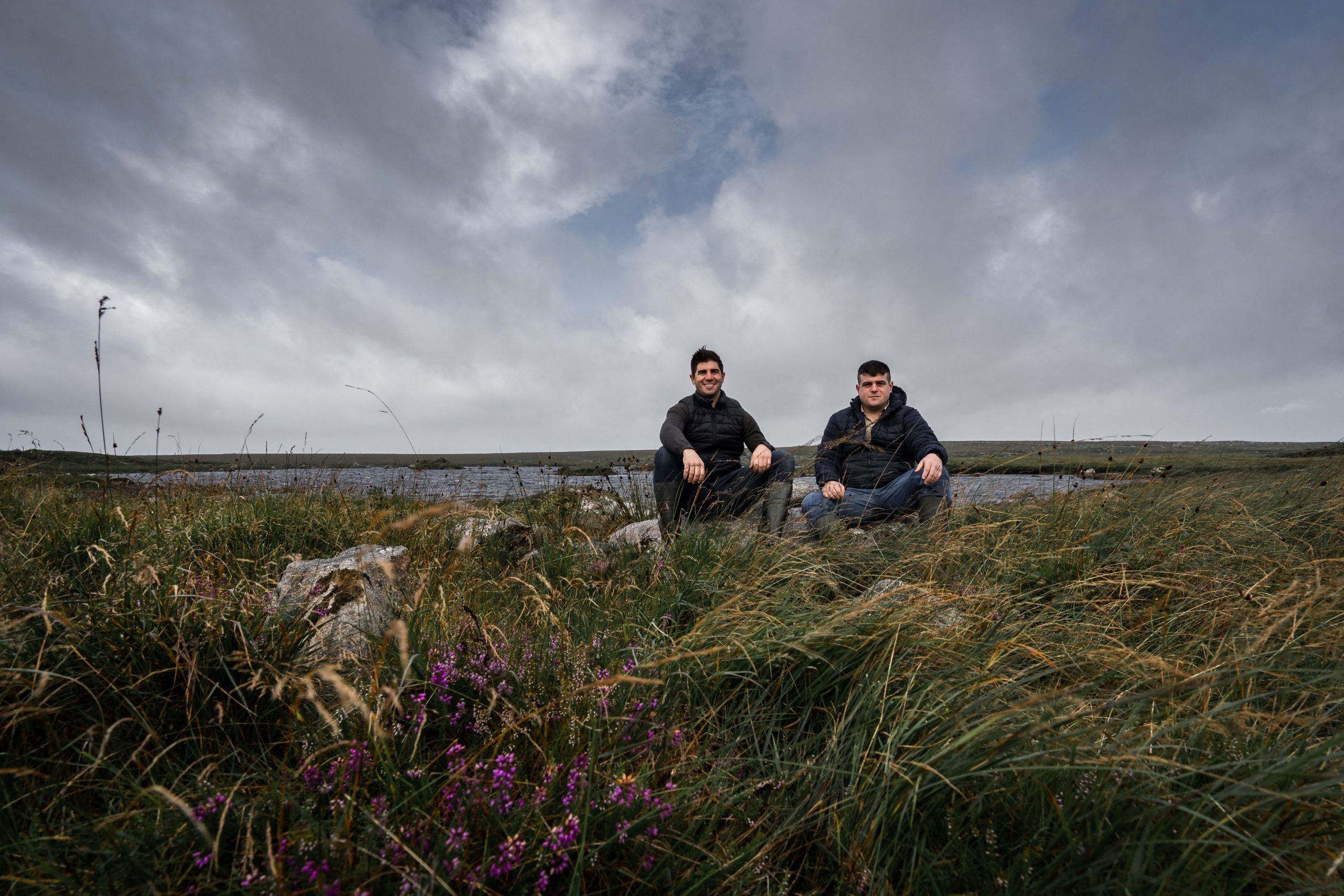 Micil Pádraic & Jimín Ó Griallais. “Every drop of Síolta Mhicil whiskey will be produced here in Galway over the next two years. It will be brewed from 100% Irish grain, malted & peated using turf from the Micil family land in Connemara”. – Mark McLaughlin, Micil Distillery

“Síolta Mhicil translates as The Seeds of Micil, though a more poetic translation (and one we prefer) is Micil’s Beginnings. We’re extremely proud to be inviting people to join our journey, and to support our growth through ownership of a one-off batch of extraordinary Irish whiskey.”

“Every drop of Síolta Mhicil whiskey will be produced here in Galway over the next two years. It will be brewed from 100% Irish grain, malted & peated using turf from the Micil family land in Connemara, and double distilled using our single 500L copper pot still. Whatever your choice of grains, whiskey style and cask type, you’ll be one of a small number of owners of this exclusive, personalised expression of Micil Irish Whiskey, and will possess a unique drop of Irish distilling history.” 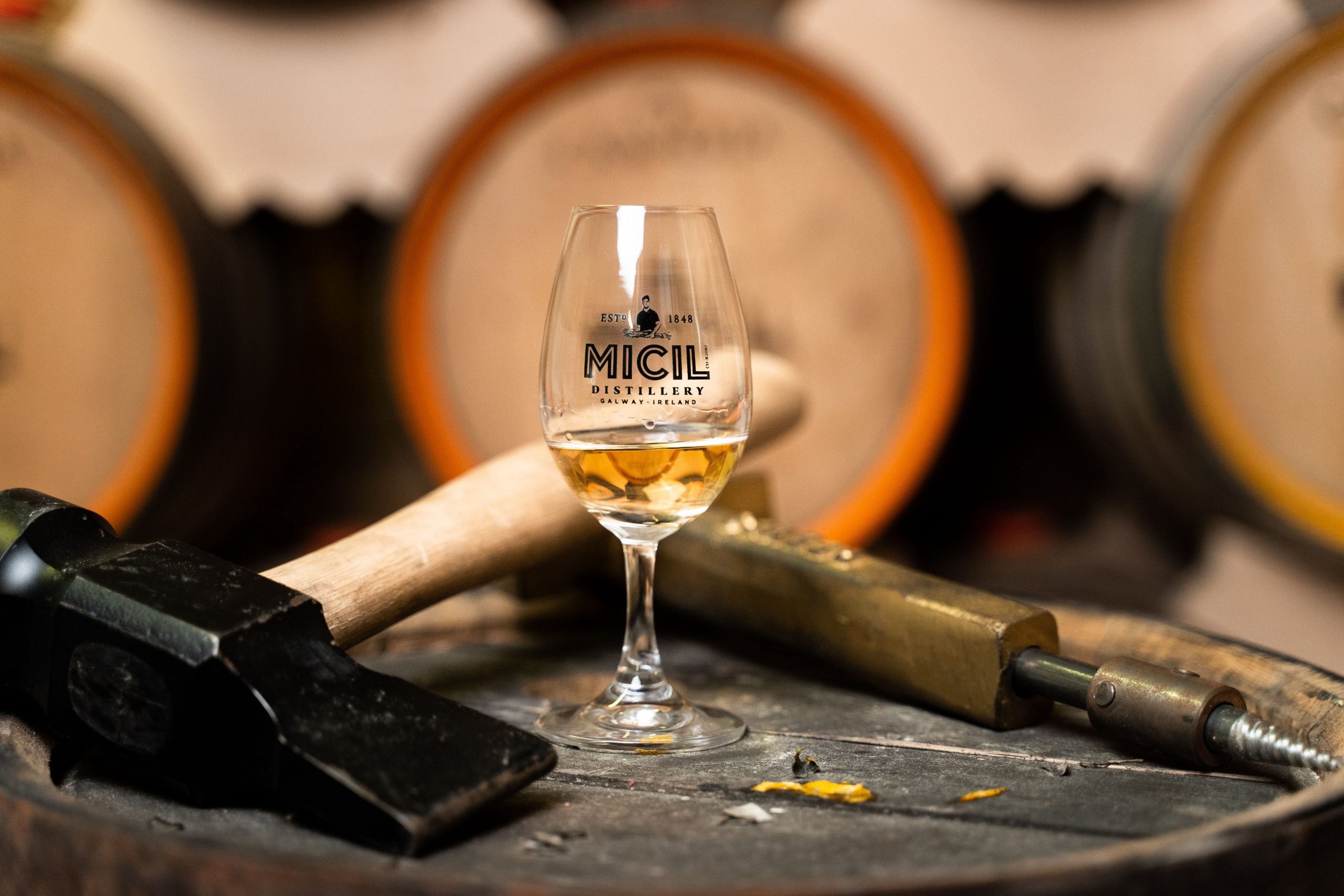 What makes Micil’s offering so unique?

Drawing on their family knowledge of the traditional grains used in Connemara fuisce production, and the similarities to historical Irish whiskey production in the west of Ireland, they’ve chosen three distinct mash bills for the Síolta Mhicil whiskey, using varying amounts of barley, oats, wheat & rye.

Micil Distillery has partnered with Casknolia, an artisan cask producer from Spain, to source and produce a selection of the finest handmade 50L casks available. In place of the standard 200 litre casks generally used for whiskey maturation, 50 litre ‘Connemara’ casks were selected instead. Historically used in Connemara to transport illicit fuisce and hide it from the excise men and royal constabulary, the increased surface contact in the smaller casks heightens interaction between the spirit and the cask, resulting in intense flavour profiles and pronounced maturity.

Micil has one of the smallest production capabilities of any distillery in Ireland, with the capacity to produce just 200 litres of new make whiskey a week, just enough to fill 4 handmade 50 litre casks. These will be the only casks from their Salthill Distillery ever offered to the public.

After 4 years maturation, you could expect to receive 90-95 bottles of mature Micil Irish Whiskey at 46%abv, with an approx. cost of €64 per bottle including duty & VAT (€6k all-in). You will also have the option to bottle at Cask strength, but note this will yield less bottles.

Micil Distillery is Galway’s only operational distillery, producing Galway’s first whiskey in over a century. The distillery is headed up by brothers Pádraic & Jimín Ó Griallais, sixth generation Connemara poitín distillers and direct descendants of Micil Mac Chearra, the family’s original distiller. For over 170 years the family craft has been handed down through each generation using Irish, which is still the spoken language at the distillery today, and the Micil family represents Ireland’s longest unbroken family distilling tradition.