Many Irish Whiskey Fans will recognise Carlow Town in Ireland’s South East as the home of of Walsh Whiskey who produce Writer’s Tears and The Irishman premium Irish Whiskeys. Carlow is also home to one of Ireland’s most progressive third level colleges, the Institute of Technology Carlow or IT Carlow.

With more than 8,300 enrolments and 850 staff, IT Carlow offers more than 80 full-time programmes to honours degree level; over 30 taught postgraduate programmes to Masters degree level; almost 200 lifelong learning programmes; and Masters and Doctoral research programmes. In my professional life (away from the whiskey world), I had the pleasure, a few years ago of working closely with their Department of Engineering in developing and teaching Primary Degree and Masters Degree programmes in a partnership venture with the organisation that I worked for.

Their championing in particular of the concept of Life Long learning and recognition of past work and life experience has enabled and empowered many mature students to either enter third level education for the first time based on their previous work-life experience or to pursue new interests and skills mid-career.

So what has all of this got to do with Irish Whiskey? IT Carlow runs an eclectic range of academic programmes with specialisms in Computer Games Development, Bio-Environmental Technologies, Product Design, Engineering Technologies, Sport & Health Sciences and Social Sciences.  The Institute’s Faculty of Science offers degree courses in Biosciences, Analytical Science, Biopharmaceuticals, Environmental Science and a Bachelor of Science (BSc) degree course in Brewing & Distilling. 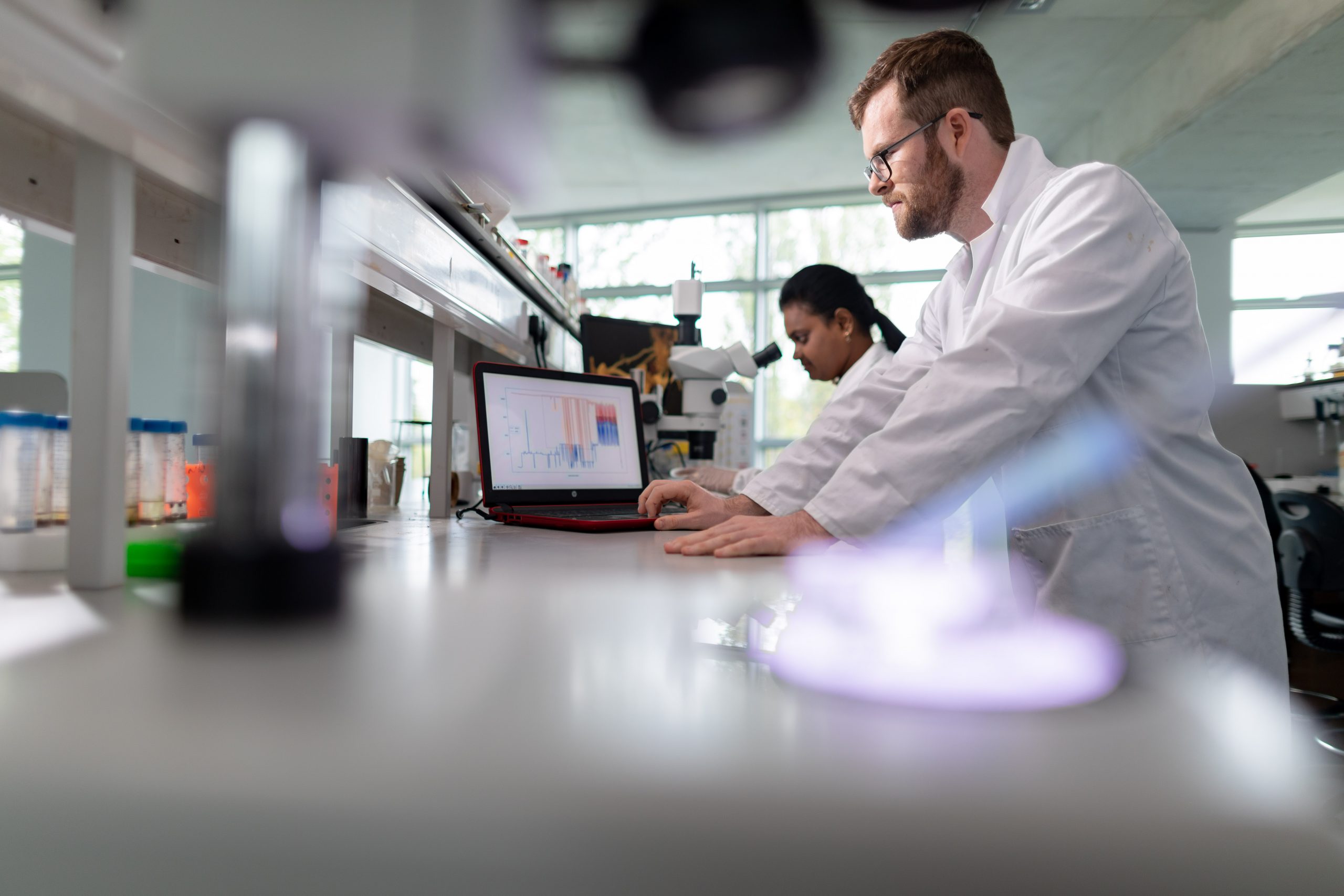 Launched in 2017, the four-year Bachelor of Science (Hons) in Brewing and Distilling was developed by Institute of Technology Carlow following significant research and consultation with industry, representative organisations, national bodies and government. The programme has received huge support from industry that has consistently reported difficulties in recruiting suitable qualified staff.  The programme is one of only four in the world to achieve professional recognition by the prestigious Institute of Brewing and Distilling (IBD), the world’s leading professional body for the brewing and distilling industry.  Graduates of the degree are eligible to sit the masters level professional qualifications of the IBD and hugely in demand within the industry at home and abroad. The Carlow region is fast developing as a major brewing and distilling hub through companies such as Walsh Whiskey, O’Hara’s Brewing, Royal Oak Distillery and Ballykeefe Distillery in nearby Kilkenny. Plenty of opportunity for all the new graduates.

For the last four years a prize has been awarded by Walsh Whiskey to the student with the highest 1st year grades in the Bachelor of Science in Brewing and Distilling course at Institute of Technology Carlow. The brewing and distilling programme at IT Carlow was the first of its kind in Ireland when initiated in 2017.

Stephen Foster, a 2nd year brewing and distilling undergraduate at Institute of Technology Carlow from Gorey in County Wexford, is the 3rd recipient of the annual Walsh Whiskey €1,000 bursary.  The prize is awarded by Walsh Whiskey (producers of Writers’ Tears & The Irishman premium whiskeys) to the student with the highest 1st year grades in the Bachelor of Science in Brewing and Distilling course at Institute of Technology Carlow. The brewing and distilling programme at IT Carlow was the first of its kind in Ireland when initiated in 2017.

“I am delighted to have received the award from Bernard Walsh and Walsh Whiskey. It represents both the culmination of a lot of hard work, and the great link that exists between the academic programme at IT Carlow and the brewing and distilling industry in Ireland. To have someone like Bernard and a company like Walsh Whiskey directly attached to the programme highlights its credibility. All of the undergraduates receive great support from Dr David Ryan, the Programme Director and all of the lecturers involved in delivering the programme“.

“I have always had an interest in brewing and distilling. Growing up in Hollywood, Co. Wicklow, I was around it quite a lot and enjoyed the time spent learning about the many different aspects of the processes involved. That interest stayed with me, so when the opportunity arose to formalise it and return to education at IT Carlow as a mature student and study what I love, I had to jump at the chance.” 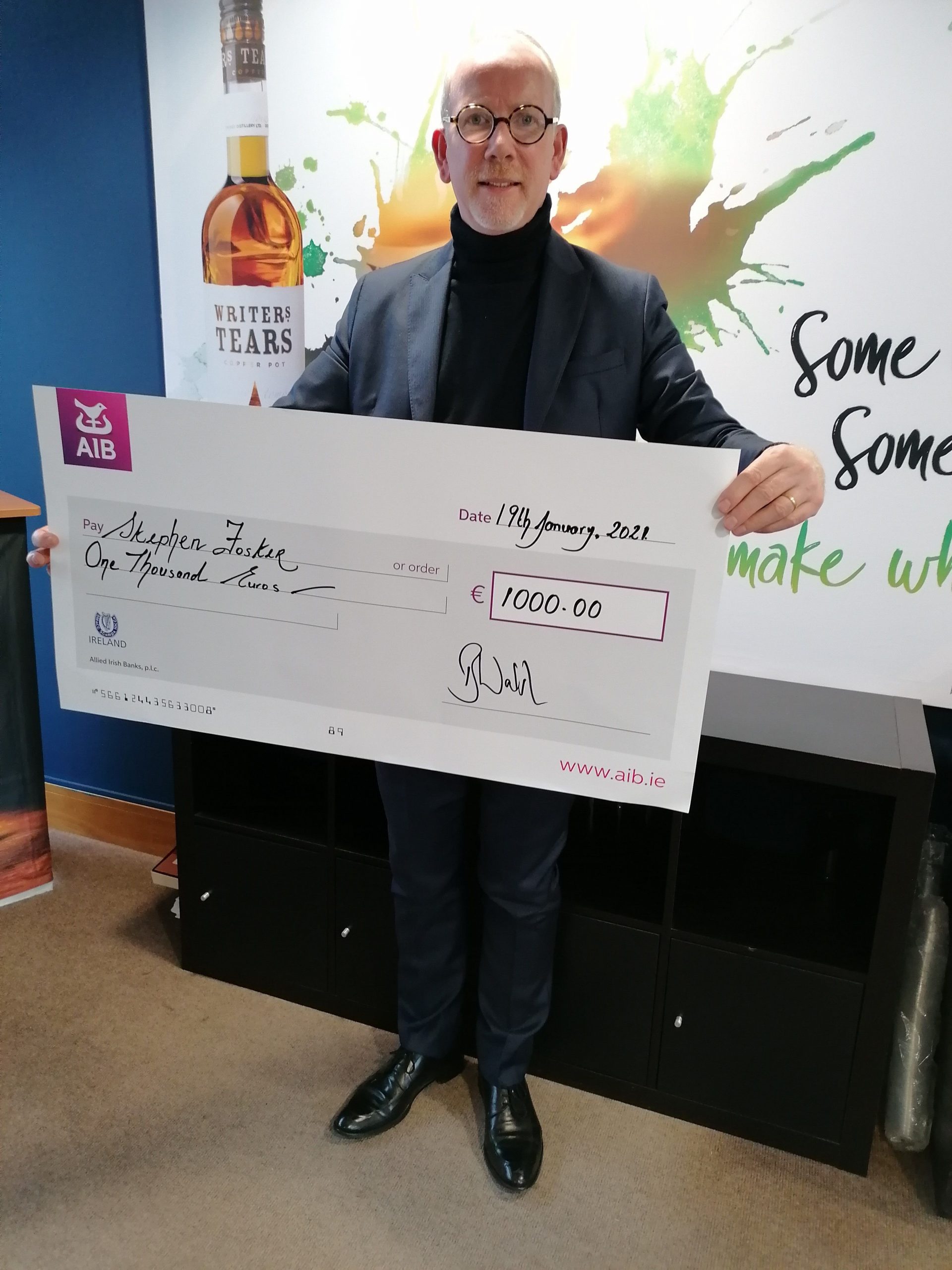 “Despite the headwinds caused by the pandemic, Walsh Whiskey is strongly committed to supporting the development of the next generation of Irish whiskey distillers. We congratulate Stephen for his excellent Grade Point Average (GPA) score. We are unlikely to ever see a whiskey as strong, but Stephen’s marks reflect the sort of excellence that the Irish whiskey sector will rely upon to fulfil its potential in the years and decades ahead.”

Owing to the pandemic restrictions, Mr Walsh presented the award virtually to Mr Foster as part of a video-conference address to the undergraduates of the BSc in Brewing and Distilling.  Mr Walsh, who is also a Director of Drinks Ireland, presented an overview of the significant opportunities in the whiskey sector, notwithstanding the challenges of the pandemic:

“Irish whiskey has outperformed other whiskey categories and spirits during this pandemic. Taste for Irish whiskey has been continuing to grow all around the world for over 10 years now and that will continue to feed into the creation of distilling related jobs here in Ireland. Sales of our Writers’ Tears and The Irishman whiskeys across over 50 countries have doubled in the last few years. So we will need plenty of world-class distillers of the future, like Stephen, to come through and ensure the sector continues to meet that global demand.”

In offering his congratulations to Stephen, Dr David Ryan, who is Programme Director for the degree course at Institute of Technology Carlow commented:

“We very much appreciate the continued industry support for our unique honours degree programme and I particularly want to thank Walsh Whiskey for once again offering this bursary to our students.  Despite the impact of Covid restrictions,  our programme continues to grow and we look forward to our first-ever graduating class later this year, all of which makes the awarding of this year’s Walsh Whiskey Bursary an even bigger cause for celebration”.

Well done to Walsh Whiskey for supporting their local college and many congratulations to Stephen who I am sure will shortly make his mark achieving further success in his new found profession. I look forward to finding out more about this interesting IT Carlow programme in due course when life returns to normal.