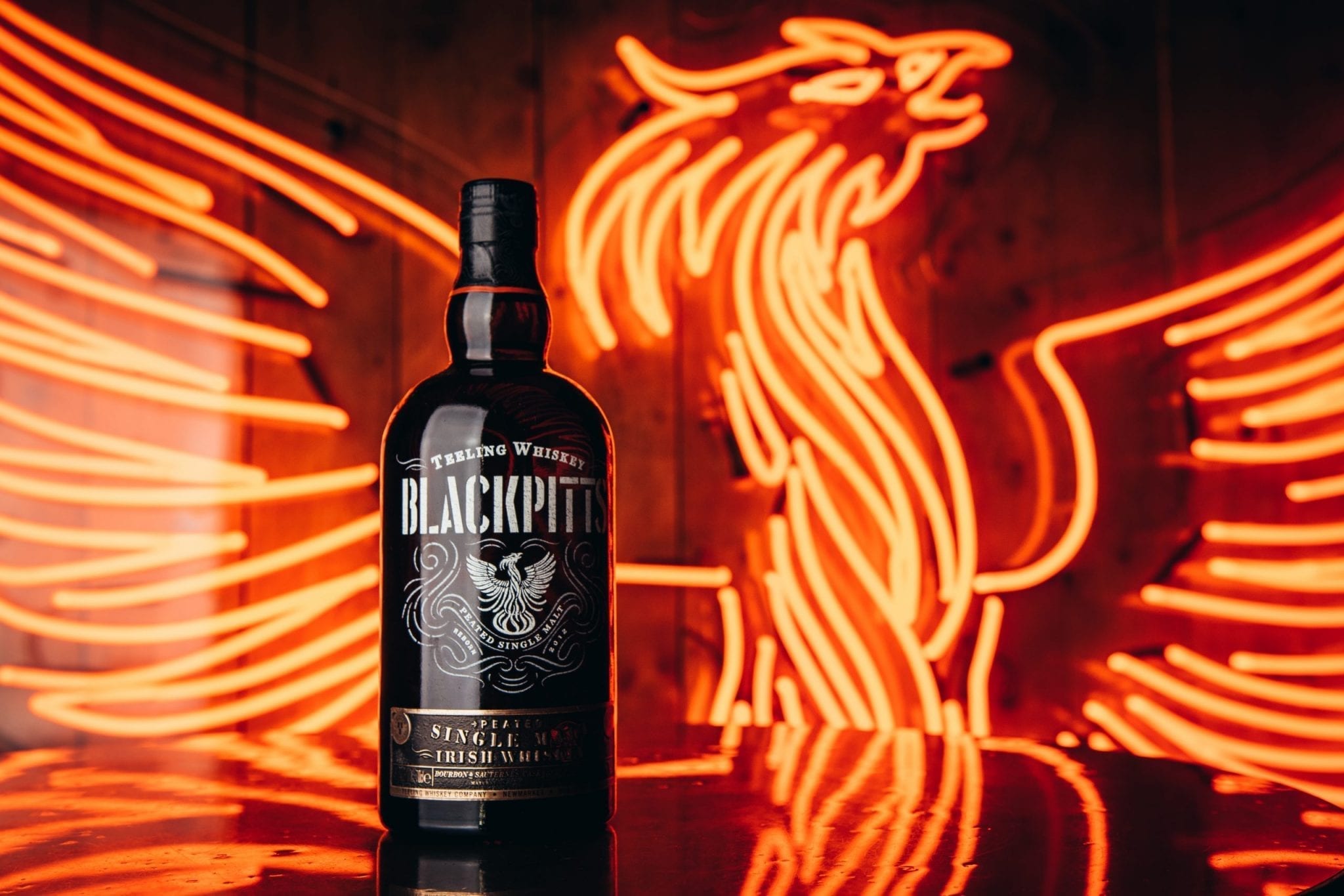 Teeling Whiskey, Ireland’s leading progressive whiskey producer, is proud to announce the release of a new expression of Teeling Whiskey and their first release of Peated Single Malt, Blackpitts. This continues its journey and builds on its reputation in crafting unique and interesting expressions of Irish whiskey that explore the full spectrum of flavours that it can offer. Blackpitts joins the very limited offerings of Peated Single Malt from Ireland that are currently available and helps revive an ancient way of making Irish whiskey, using smoke created by burning peat or turf, as it is widely known, while malting the barley. This was a practice extensively used in Ireland before the wide availability and use of coal in the Irish whiskey industry. 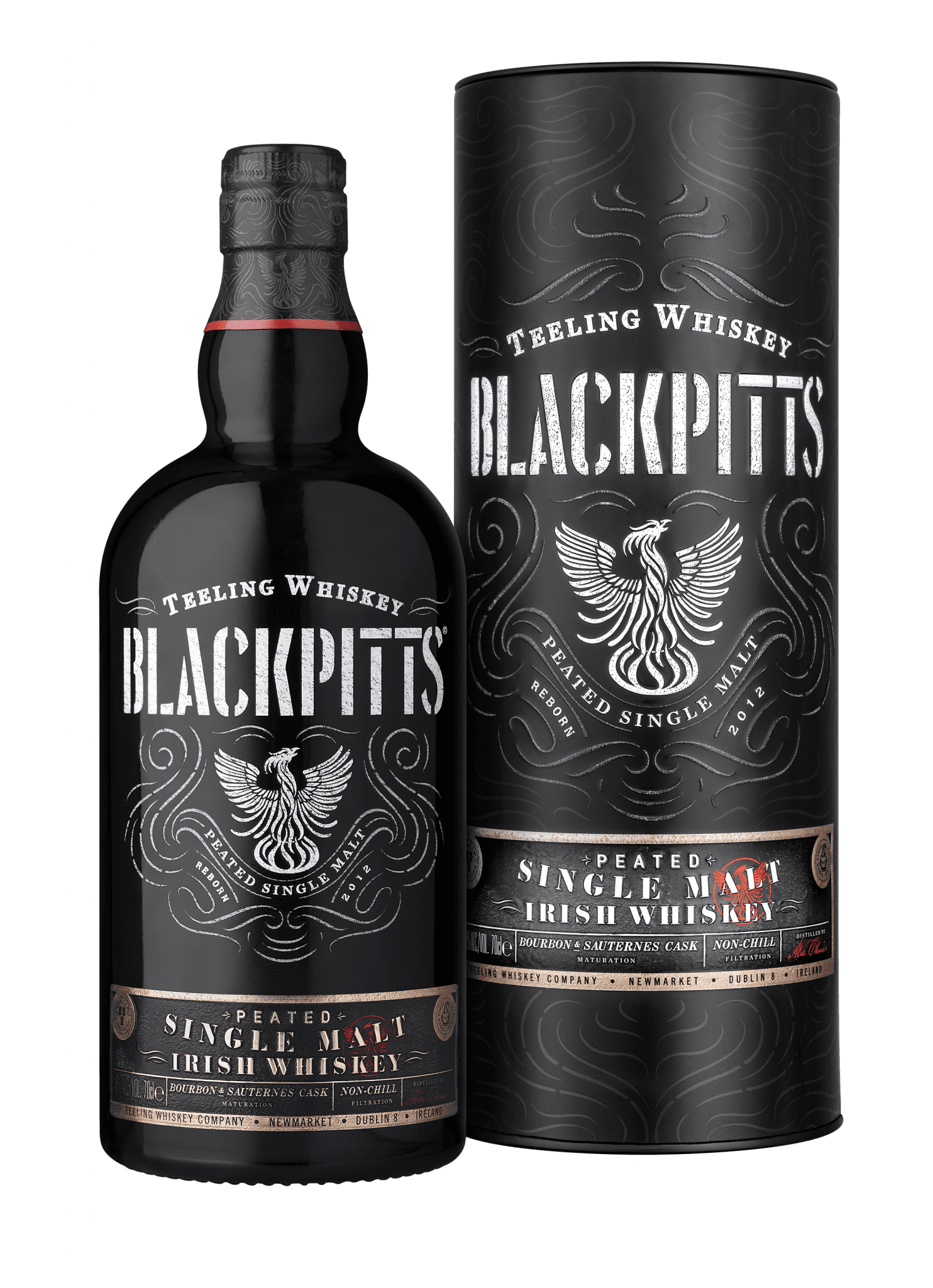 Inspired by the old ancient Blackpitts area just behind the new Teeling Whiskey Distillery based in Newmarket in the old Liberties area of Dublin City, this area was synonymous with many industries and in particular malting houses. Blackpitts was traditionally home to some of the largest barley malting houses in Ireland. By using smoke from peat to dry the barley during the malting process, the resulting peated malt produces a distinctive smoky taste profile, which is the signature of a Peated Single Malt.

However, what makes Teeling Blackpitts so unique is the triple distillation process, which reduces some of the medicinal character you would get from a traditional Scottish Peated Single Malt and allows the more barbeque smoke characteristic to shine. This is then combined with signature Teeling innovative cask maturation using both ex-bourbon and ex-Sauternes white wine casks, which is then bottled at 46% with no chill filtration to produce a truly different and unique expression of Teeling and Irish Whiskey. The inspiration for the use of these casks came from a previous bottling of Teeling 24-Year-Old Single Malt which was honoured as the “World’s Best Single Malt” in 2019 at the World Whiskies Awards.

“When we re-established Teeling Whiskey in 2012 our goal was to be the leader in driving the choice and expressions of Irish whiskey as well as to revive distilling in the city of Dublin. With our new Blackpitts Peated Single Malt we manage to achieve both.

The combination of the age-old malting process of using smoke from peat to dry the malted barley combined with the triple distillation in our Dublin distillery, produces a very unique Teeling Whiskey. While this style of whiskey is not for everyone, the whiskey drinkers who enjoy this unique smoky character really do seek it out and it is only right that there is a Teeling, Dublin and Irish whiskey available to cater for this interest. Rooted in history but encapsulating a true modern approach, our new Blackpitts is truly unconventional Irish whiskey at its finest.”

Bottled in a traditional dark green bottle, it has a distinctive screen printing design and metallic label and tin to make it stand out from the rest of the Teeling Whiskey range. With a RRP of €60.00 for a 70cl bottle in gift tin tube, Blackpitts Peated Single Malt will be available in Ireland at the Teeling Whiskey Distillery in Dublin 8, The Celtic Whiskey Shop and premium independent Irish off licences as well as being rolled out to Teeling Whiskey distribution partners in over 70 export markets. 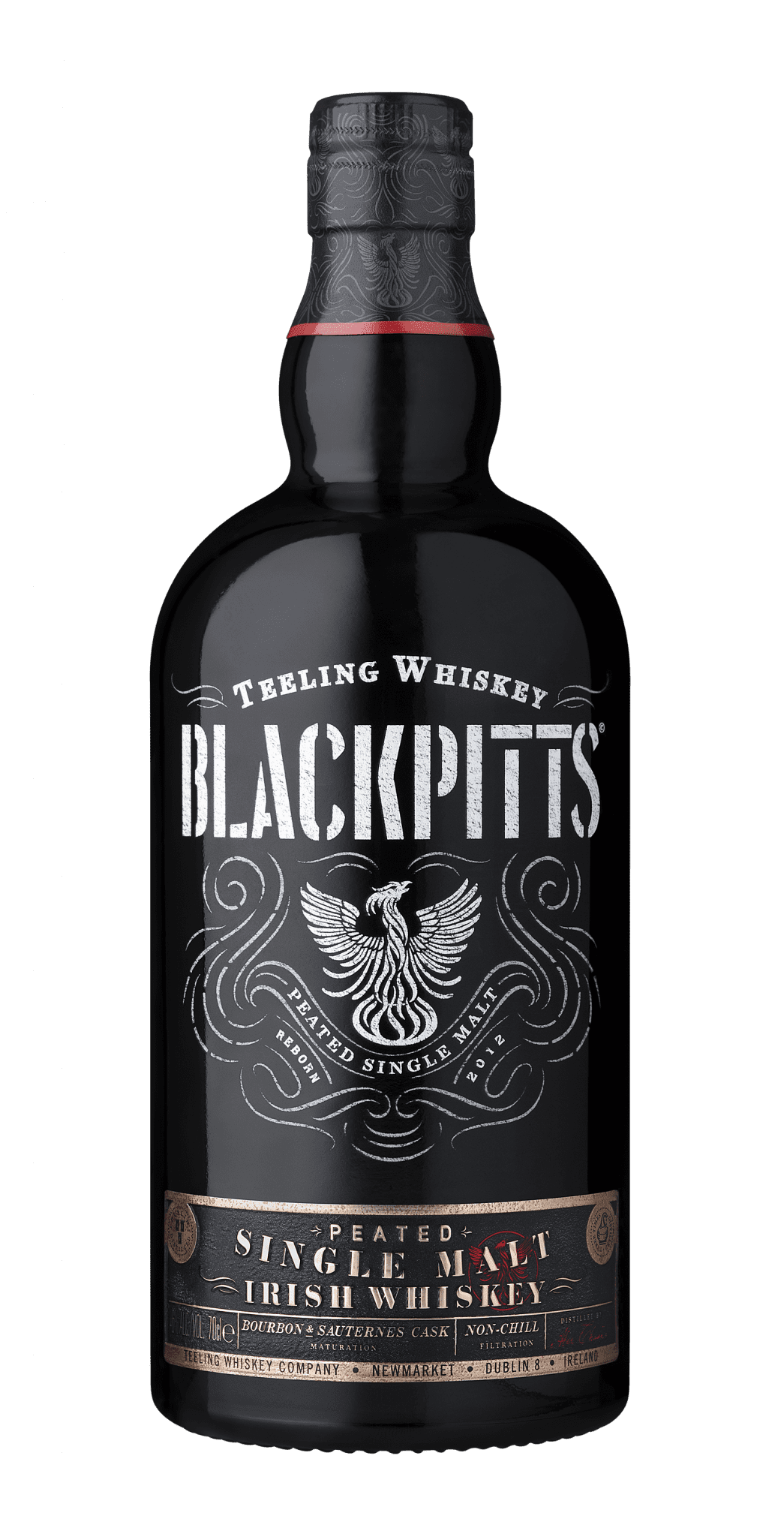 The Macallan No 6 Inspired by Salmon Fishing on the Legendary River Spey.