With less than a week to go to International Irish Whiskey Day 2022 #irishwhiskeyday on Thursday 3rd March, it’s a nice opportunity to answer the most common question that I get asked about the day which is When was it created? and Why 3rd March each year? 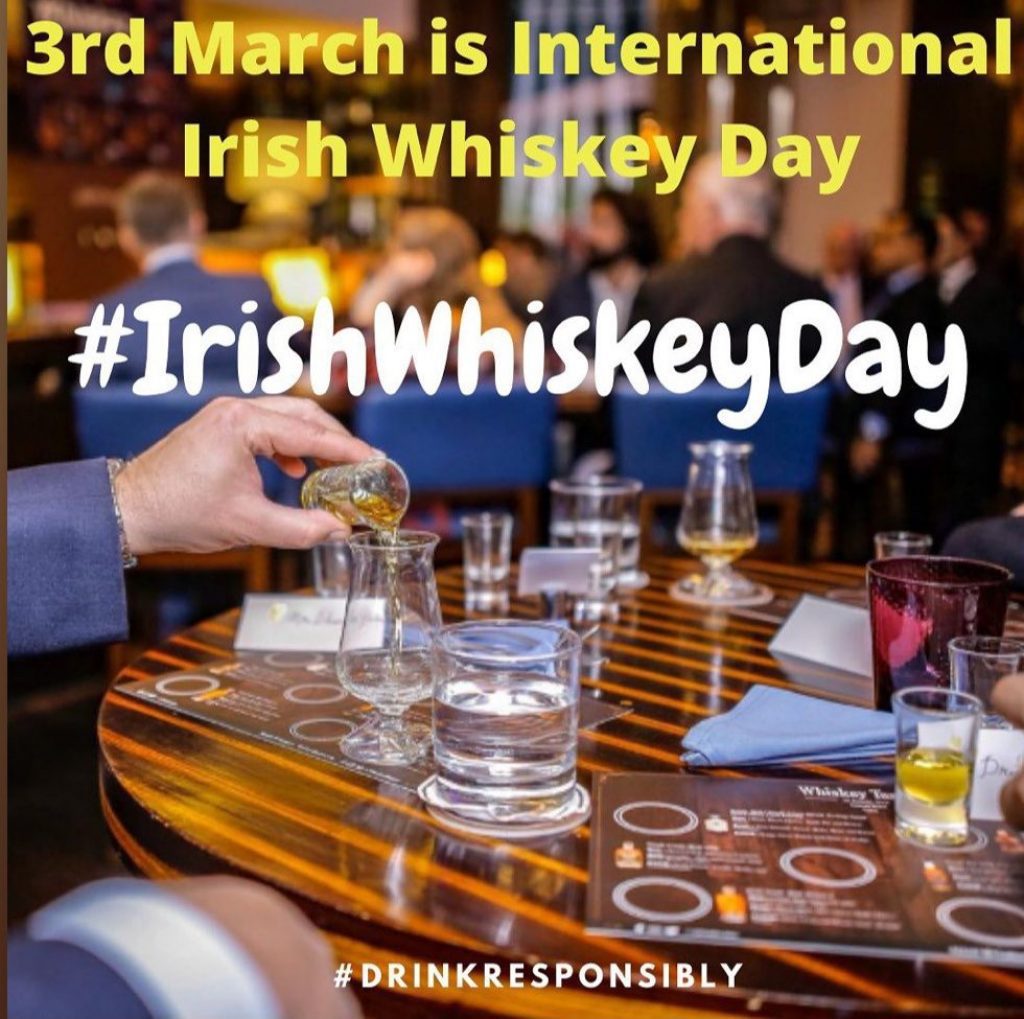 I came up with the idea of Irish Whiskey Day in 2016 while I was working abroad in Bosnia. It struck me that unlike Scotch, which has “World Whisky Day”, there was no actual day dedicated just to Irish Whiskey. But what would be a suitable day of the year to do proper justice to Irish Whiskey??

The numbers 3 and 9 have always been a fun and serendipitous element of my life. My own birthday is in March. I was born in 63. I’ve owned several cars and boats with 999 in the registration. I even had three 9s in my number, (as in “number rank and name“) when I served as a military officer. My cell phone number ends in 111222 which adds up to 9. I’ve lived abroad in several number 9’s at Rue and Strasse this and that. I could go on….. 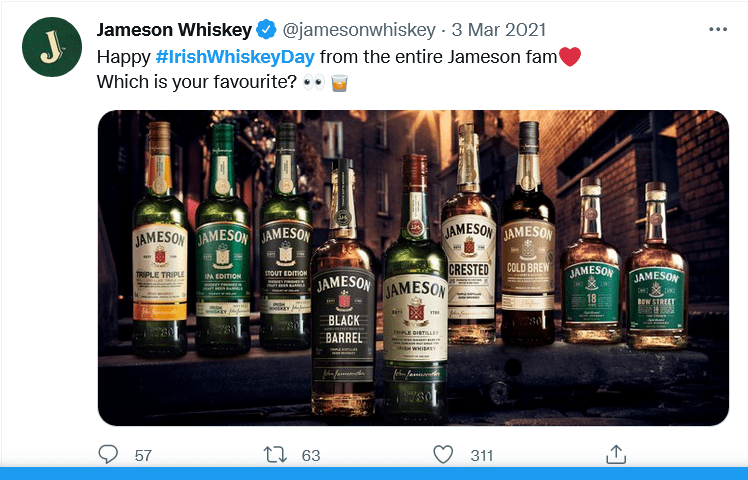 3 types of Irish Whiskey (Single Pot Still, Single Malt and Single Grain). A blend is a blend of types not a type!

3 years of maturation to be legally called Irish Whiskey.

International Irish Whiskey Day #irishwhiskeyday had a Social Media Reach of over 8 Million in 2020.

Of course there are many other Irish links with 3 including the three leafed Shamrock, Ireland’s most famous symbol and the three colours (Green, White and Orange) of the Irish Tricolour under which I was proud to serve under as an Irish Soldier for over 37 years all around the world. 3rd March was the obvious choice in the end for an annual International Irish Whiskey Day.

I set up a simple social media brand on my phone for fun using #irishwhiskeyday and incredibly, it began to take off. For the first few years, it was just a bit of fun between myself and some whiskey buddies online. 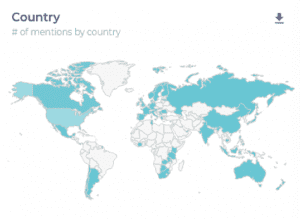 In 2021 #irishwhiskeyday had a Social Media Reach of over 20 Million thank to the support of Tourism Ireland and various major players in the Irish Whiskey and Irish Tourism sectors and International Media.

If your brand or organisation would like to collaborate with or help me to develop and enhance International Irish Whiskey Day, give me a shout at any time.