The Macallan A Night on Earth in Scotland –

Capturing the Joy of Celebrating the New Year.

The Macallan has unveiled A Night on Earth in Scotland single malt whisky, which reveals the story of Scotland’s world-famous Hogmanay festivities and captures the universal joy of celebrating the change of year.

The first in a new limited edition gifting series, A Night On Earth In Scotland is a collaboration with acclaimed Japanese-French illustrator Erica Dorn, whose artwork has featured in leading director Wes Anderson’s films. She has also previously created designs for some of the world’s leading luxury brands.

Presented as part of innovative multi-layered packaging that provides an exceptional unboxing experience, Erica Dorn’s playful abstract illustrations are inspired by the historic fire rituals dominant in New Year celebrations around the world.

They also reveal some of the distinctive customs of Scotland’s Hogmanay, including the tradition of first footing when it is good luck for a dark-haired visitor to be the first person to enter your home after midnight, bearing symbolic gifts – whisky, coal and Scottish shortbread – that aim to bring comfort and happiness in the year ahead. 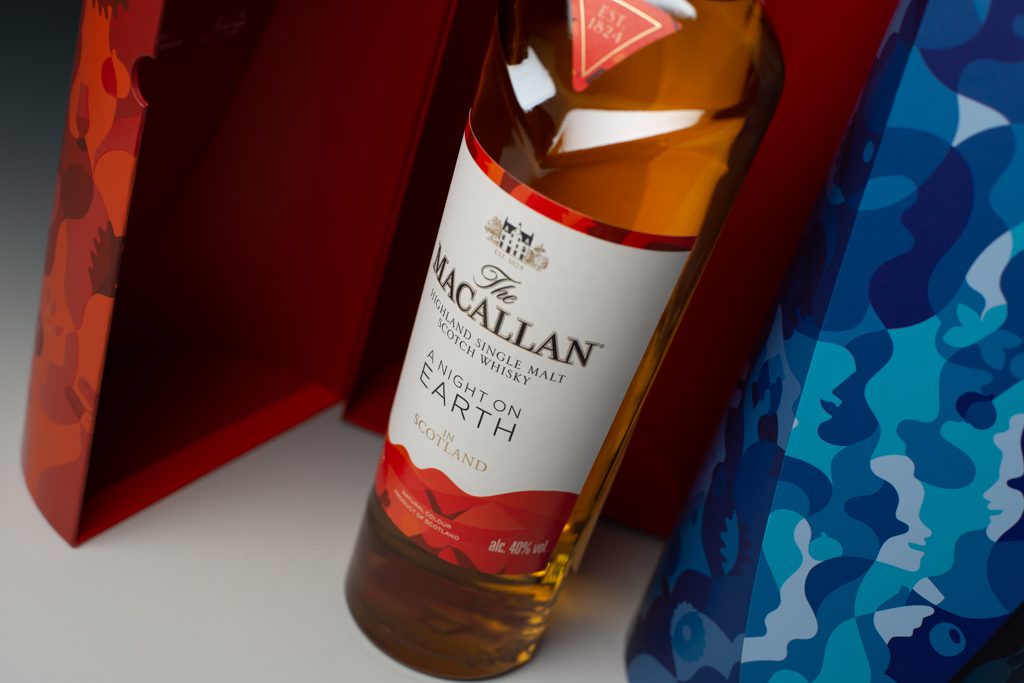 Other design elements focus on the flavours found within the remarkable whisky crafted by The Macallan Lead Whisky Maker, Sarah Burgess, who drew on fond family memories of Hogmanay to create a rich, evocative single malt.

Sarah Burgess said: “Crafting A Night On Earth In Scotland has been an extremely personal experience for me, which took me back to growing up in our family home in Speyside, just across the river from The Macallan Estate.

“The whisky’s vanilla sweetness references the rich Scottish shortbread traditionally gifted and eaten at Hogmanay, while notes of dried orange and spice recall the flavours and aromas that filled our house through the festive season.

“Encapsulating the hopes and dreams of Hogmanay celebrations past, present and future, it also conveys the unwavering human desire to spend special times with loved ones.”

“Fire plays a significant role in New Year celebrations around the world. Around its warmth we gather our families, friends, and loved ones to share past memories and future hopes. Through its purifying qualities we release the past to clear the way for the future. In its dancing light we find solace from cold winter nights, as we have done since the dawn of time. Though the fire rituals may differ from culture to culture, fire is universal in its ability to unite us and bring us ‘home’.

“The colours for this presentation box were selected with a particular journey in mind: first, red for merriment, vitality, good fortune and joy; blue to remind us of a winter evening in Scotland, in all its peace and stillness; and finally, amber – in tribute to the sweet aroma of soft butter and freshly baked shortbread, which were an inspiration for Sarah Burgess in the creation of this whisky.”

This very special single malt was created from a selection of The Macallan’s exceptional sherry seasoned American and European oak casks, along with American ex-bourbon barrels to deliver its rich, sweet shortbread-like character. With a soft, velvety mouth-feel, it showcases the skill of the whisky maker, and The Macallan’s commitment to craftsmanship and uncompromised excellence.

A Night On Earth In Scotland has an RRSP £75 and is available in The Whisky Exchange, Master of Malt, The Whisky Shop and other luxury & specialist retailers.

THE MACALLAN A NIGHT ON EARTH IN SCOTLAND