Last Autumn / Fall, I was at home in Ireland and spotted a feature about Ballykeefe Distillery in Kilkenny on Irish National Television RTE. Ballykeefe Farm Distillery, a Kilkenny family farm with a fully integrated Eco-Friendly distillery, was built in 2016 and began production in 2017. The distillery, which is owned by Morgan and Anne Ging, has been producing white spirits since 2017 and entered the whiskey market today with the launch of its first Pot Sill Irish Whiskey. 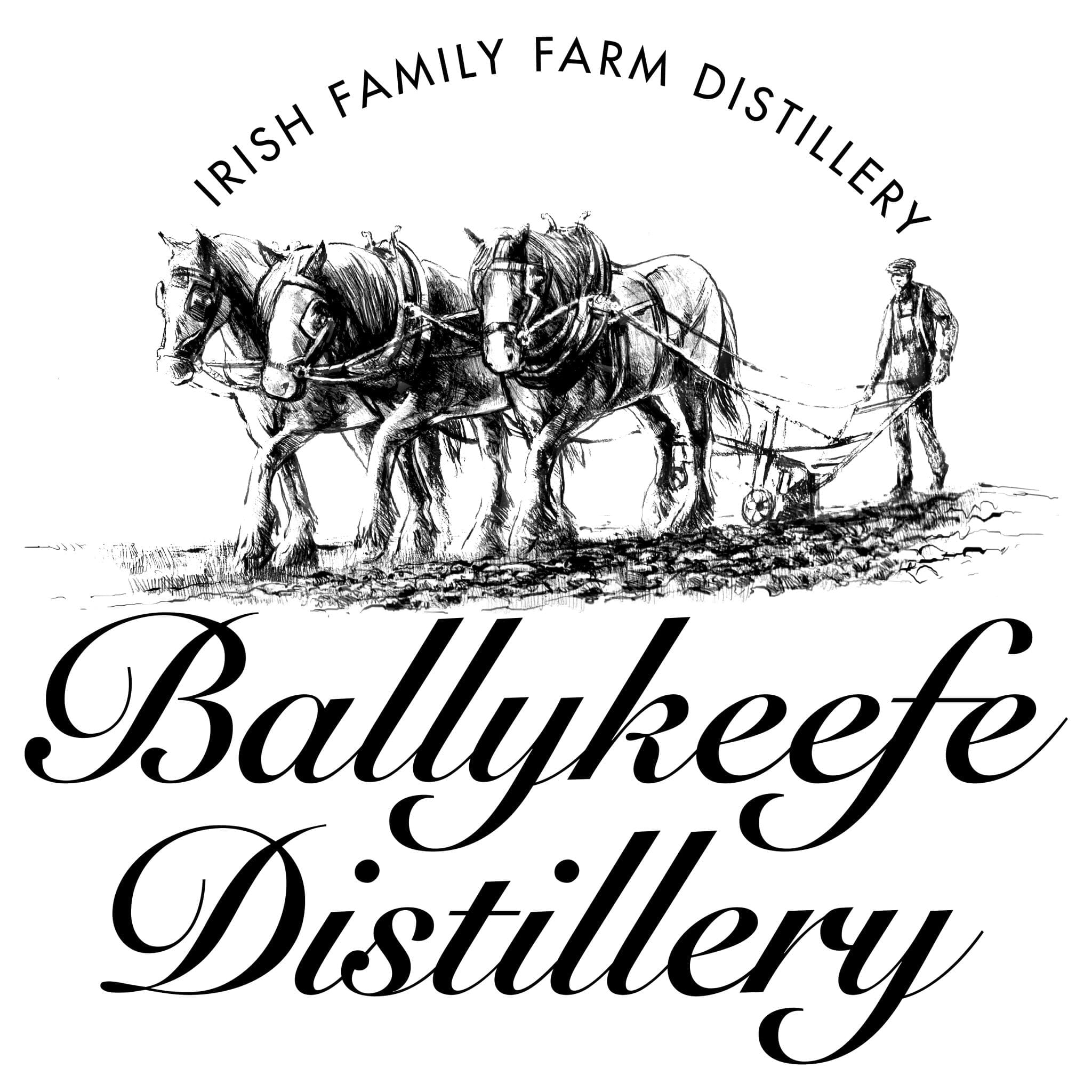 Ballykeefe Distillery has been recognised for its commitment to sustainability and has won multiple awards at local and industry level. In addition to this, the distillery and farm operations are a flagship member of Bord Bia’s Origin Green program. Ballykeefe distillery has also featured on The Irish Whiskey Trail.

The TV story (below) featured Ballykeefe Distillery as one of the very few Farm Distilleries on the island of Ireland and focussed on how the Ging family are “Grain to Glass” distilling the grain grown on their own farm into whiskey and also on how they use the spent distillers’ grains and pot ale to feed their beef cattle who then provide the “fertiliser” back to the grain fields of Barley and Rye. Full circle sustainability and local provenance in all that they do.

I sent a short message to owner-distiller, Morgan Ging congratulating him on the TV piece. Shortly afterwards I received an invitation to drop in the next time that I was passing for a one to one catch up tour and interview. Some months later, I called in and filmed three video interviews with Morgan for my new YouTube Channel. This was in the days before full lockdown in Ireland. All Irish Government heath guidelines were fully observed and complied with. during my visit. These are also the opening three videos for my new YouTube Channel which launches today.

I started by asking Morgan how he had made the career and business pivot from Farmer to Distiller.

Morgan then brought me on a personal guided tour of the distillery to see at first hand how Irish Whiskey is made at Ballykeefe and also shared some samples with me of their very first Ballykeefe Whiskey due for public release in March 2021.

What I love most about whiskey making is that it reflects an almost perfect harmony between art and science. Science is at the heart of whiskey making; From growing and selecting of grains and yeast, to fermentation, distillation, and maturation.

But it is the art of whiskey making that makes the absolute best whiskeys stand apart from their peers.

Despite the engineering and science of fermentation and distillation, it is the skill and experience of the whiskey maker that makes every fermentation, every distillation run and every cask maturation unique even though the ingredients and creation process seem identical for each whiskey produced in a batch.

A professional orchestra will consistently play identical notes and tempos in each performance of a piece of music, but it is the art and influence of different conductors that makes each performance unique. 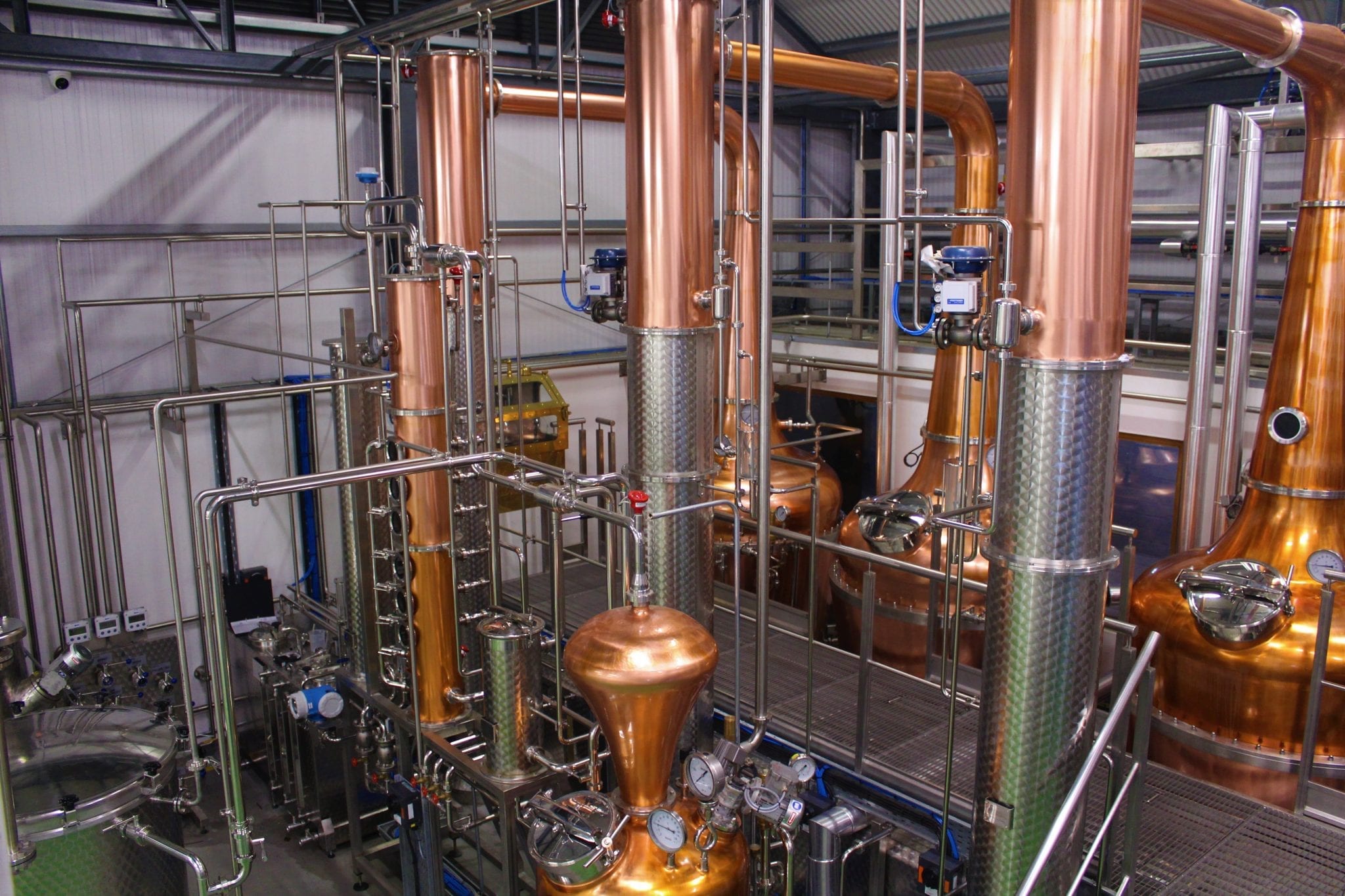 Ballykeefe Distillery use first fill Bourbon Oak Casks to mature their whiskey. Whiskey Casks like twin brothers or sisters, may, on first appearance appear alike, but all have their own backgrounds, characteristics and skills honed through their individual life experiences and environment. The art of maturation is about understanding, developing and exploiting the subtle character differences in each oak cask and the whiskey it matures. 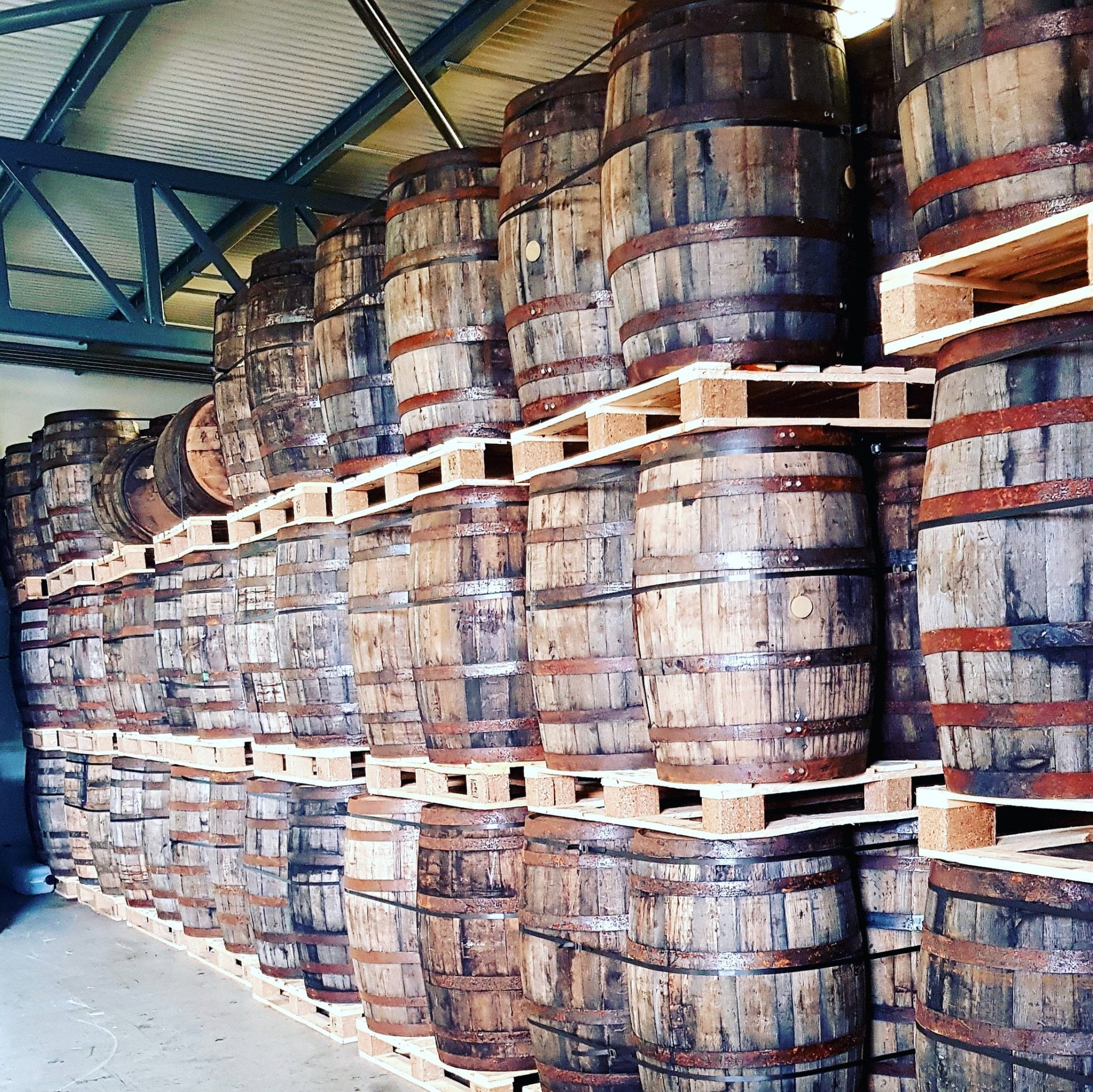 There are just seven casks in the very first Ballykeefe Distillery Whiskey release of Single Pot Still Irish Whiskey numbered from Cask 11 to Cask 17. Each cask is bottled at both Cask strength and also at 46% ABV leading to fourteen expressions in total, with all casks demonstrating quite individual characters despite being distilled and casked and bottled at the same time.

“When we tapped the casks for tasting, we discovered that we had seven quite different casks of Single Pot Still Whiskey, each of which had its own quite unique character quite independent of the others. More surprisingly, it was apparent that each cask had followed its very own maturation journey, independent of their sequential position in the production timeline”.

In this third of three video interviews that I recorded at Ballykeefe Distillery , Morgan and I discuss the magic of maturation, the reasons why each cask from the same batch has it’s own distinct character and the Ballykeefe “House Style” common to all of their whiskeys. Morgan also showed us their in-house bottling and labelling operation and gave me a sneak preview of the bespoke presentation boxes for the new whiskeys. He also shared the official tasting notes from Ballykeefe for this seven-cask Single Estate Whiskey at both Cask Strength and at 46 % ABV.

Nose: The nose is intense, but gentle with real depth and character, with powerful notes of Warm Caramel, Firm Oak Vanilla, Malt Cereal and a small hint of Coconut.

Taste: The taste at first has a burst of Orange Peel and Dark Chocolate mid tongue. Then a surge of spice with notes of Liquorice, Cloves, Cardamom and a hint of soothing menthol oil in the background. A small splash of water calmed the cask strength fire and enhanced the luscious mouthfeel.

Taste: A surge of Rich Earthy Malt with sweet and spicy notes of Liquorice, Cloves, Dried Fruit and Green Cardamom. A small splash of water opens the Rich Malt flavours even more and enhances the silky mouthfeel.

During my own independent tastings, I thought that it might be fun and of interest to buyers to give each cask I sampled at Cask strength a “character” name based on my own tasting thoughts.

Cask 11 The Angels Match. This cask has successfully fought the Warehouse Angels for their share and retains the highest ABV of the batch at 62.9% ABV. All the original fresh cereal and grassy flavours of distillation which normally yield to the oak influences as maturation progresses, still hold firm marking this cask as a whiskey to be savoured by distillers rather than bonders and blenders. A unique and intriguing cask strength whiskey to be appreciated by experienced aficionados.

Cask 12 The Mentor. The second cask further defines Ballykeefe’s Single Pot Still house-style flavours of spice and liquorice with a wonderful warm vanillin nose. Here the first fill Bourbon Cask has performed exceptionally well with no sense of alcohol on the nose even at a cask strength of 60.1% ABV

Cask 13 The Stalwart. A solid maturation to 61.29% ABV. The nose is warm and inviting from the seasoned oak with a slightly sweet note complimenting the rich vanillins. Just a splash of water unlocks the rich spicy pot still flavours.

Cask 14 The Mezzo. This fascinating whiskey with an ABV of 62.5% ABV has left the cask at just about the pivot point in time before the developing Bourbon Cask influence finally prevails over the natural flavours of the original pot still distillation. While the oak vanillins have only just diffused the rich pot still nose, the robust spice and cereal flavours of the original distillate are still very much to the fore. An intriguing whiskey for aficionados interested in the whole maturation process.

Cask 15 The Prodigy. This is the true star of the batch. Although one of the last casks created, its maturation has been exceptional. The nose is Warm and inviting with wonderfully balanced vanillins and even some coconut. Even at a Cask Strength of 61.29 % ABV, this can be enjoyed neat.  An exceptional Single Pot Still Irish Whiskey created from a unique oak cask matured in a particular corner of their maturation room.

Cask 16 The Charamel Charmer. As one of the last casks in the batch, this cask along with its Cask 17 sibling has followed all the rules and is casked at a not surprising 61.7 %. What is surprising though is how different these near identical twins are in character. This whiskey is all about the natural caramels and toasted oak char from the first fill bourbon cask. This is quite evident in the nose. The house style spiciness is very evident in the taste which has a long rich liquorice finish.

Cask 17 The Spicy Cooper. The last cask of the batch conforms to all of the rules and is casked at 61.9% , just 0.2% lower than Cask 16 . if ever you needed proof that maturation is about art as much as science, you only must compare these two casks.  While Cask 16 was dominated by the natural caramels and chars of the toasted oak staves, this cask takes its influence on both nose and taste from the Oak Wood Vanillins. The Pot Still spice dominates a powerful finish that is more savoury than sweet.

Ballykeefe Distillery Single Estate Single Pot Still is available to buy as a limited edition of  700 individually numbered bottles (100 per cask) at 46%6 ABV at a RRP of € 195.

The Cask Strength has been bottled in a limited edition of just 350 numbered bottles (50 per cask) at a RRP of € 450 in a bespoke gift box with a pair of Ballykeefe Whiskey Tumblers individually hand cut by Kilkenny Crystal and a a Certificate of Authenticity signed by Morgan. 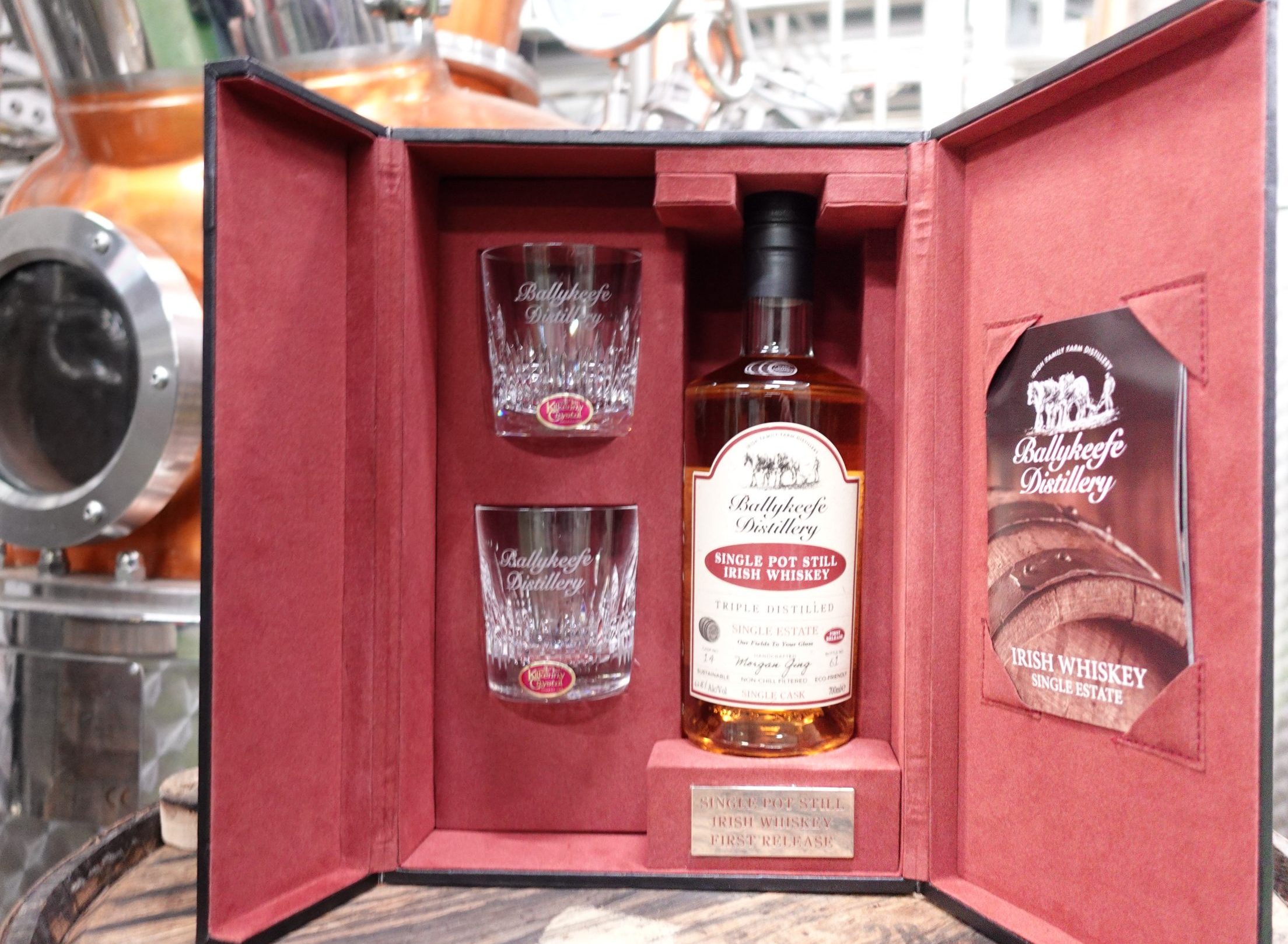 The exclusivity and collectability of this first release is further enhanced by the packaging and presentation. Each bottle has been hand-engraved by Kilkenny Crystal and mounted in a presentation box with a certificate of authenticity. The cask strength bottles come with a larger presentation box which includes two hand cut crystal glass tumblers, uniquely designed in partnership with Kilkenny Crystal, which is Ireland’s oldest family-owned crystal studio workshop.

Commenting on the partnership with two local businesses, Morgan added:

“I am delighted we are working with the team at Kilkenny Crystal. Their exceptionally talented craftsmen are among a very few who are hand cutting crystal in Ireland. The Wine Centre in Kilkenny has been chosen as our sole retail partner for this first release, due to our long-standing relationship and their expert knowledge.”

This is a unique opportunity to purchase bottles from the same cask at both Cask Strength and at 46% ABV. This and the fact that it is an Irish Distillery, limited edition first whiskey release and a Single Pot Still will make this Ballykeefe Single Estate Whiskey a whiskey collector’s dream. According to Dick Minogue a collector of rare Whiskeys,

“The limited release is a collector’s dream in terms of presentation, rarity and future value, for those who hold on to their bottle rather than drinking it. Each cask is individually bottled, with both the cask and bottle number handwritten on the label of each bottle.”

At the moment these unique bottling are only available to order online from Ballykeefe Distillery at BallykeefeDistillery.ie and also from The Wine Centre in Kilkenny, Ireland at TheWineCentre.ie