William Grant & Sons And Tullamore D.E.W. Celebrate A Decade Of Success Together.

William Grant & Sons And Tullamore D.E.W. Celebrate A Decade Of Success Together . 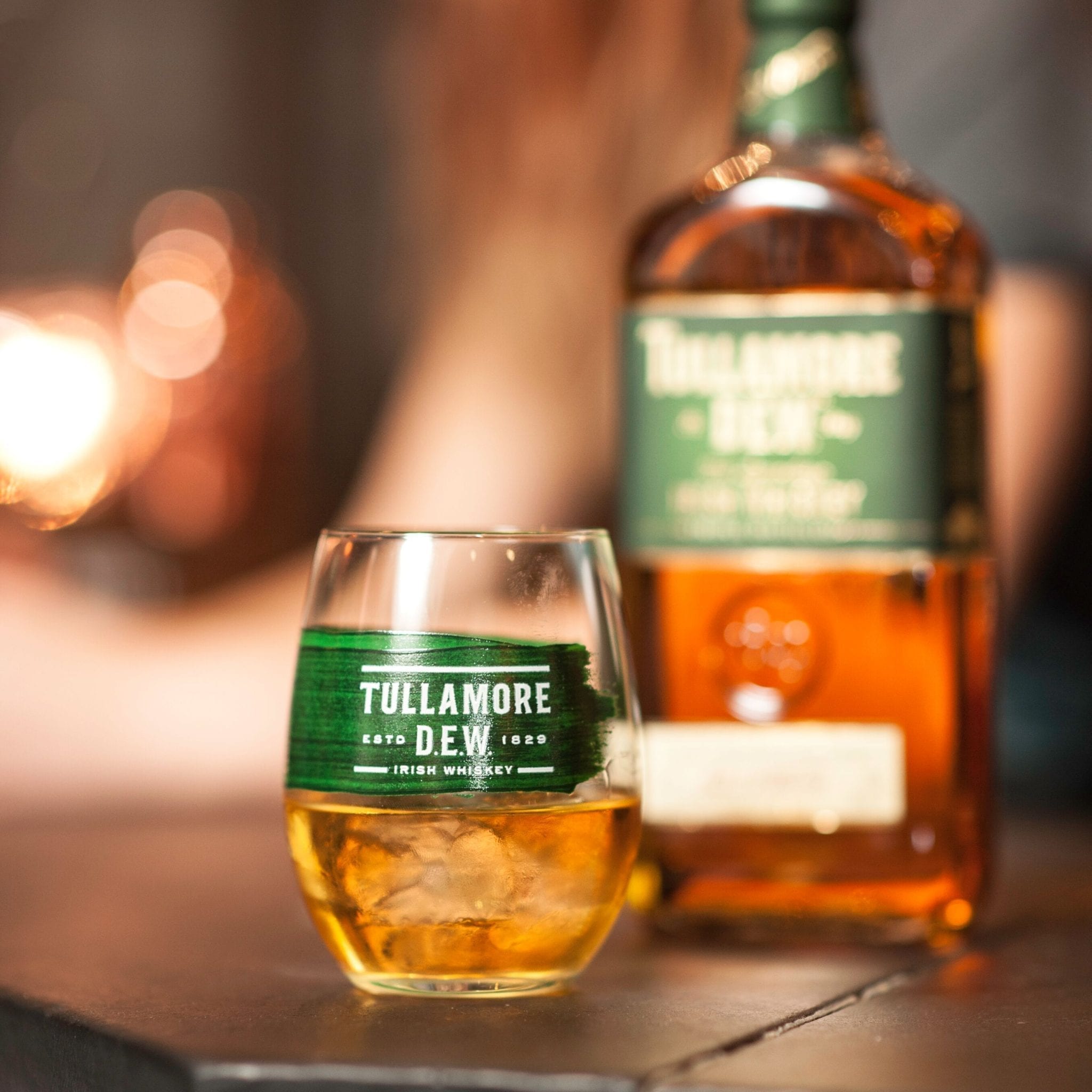 Since William Grant & Sons acquired the brand, it has grown from strength to strength both in Ireland and, most notably, across the globe. To achieve this, William Grant & Sons stayed true to the brand’s heritage whilst also implementing an ambitious marketing and distribution strategy over the last 10 years which resulted in widespread global success. Tullamore D.E.W. has seen its sales more than double over the last 10 years and it is now the second largest whiskey brand in the world.

A measure of this runaway success is, every second, ten shots of Tullamore D.E.W. are consumed across the globe.

The History of Tullamore D.E.W. 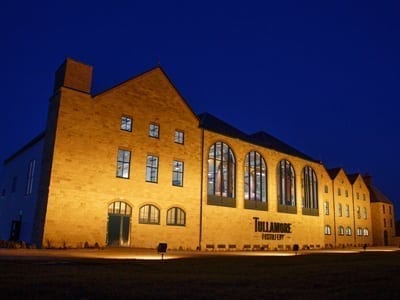 William Grant & Sons immediately set about planning and rebuilding the distillery in Tullamore and in four short years brought the brand back to its rightful home place, opening the new distilling premises in 2014.

Tullamore town experienced the world’s first ever recorded air disaster in 1785 when a hot air balloon crashed and destroyed the town. After the town was rebuilt, Tullamore used a famous symbol of rebirth, the phoenix, as its coat of arms adopting the mantra ‘all will be well when you face life with optimism’ which remains at the heart of the Tullamore D.E.W. brand identity. A carved phoenix now sits at the entrance of the Tullamore D.E.W. Distillery. 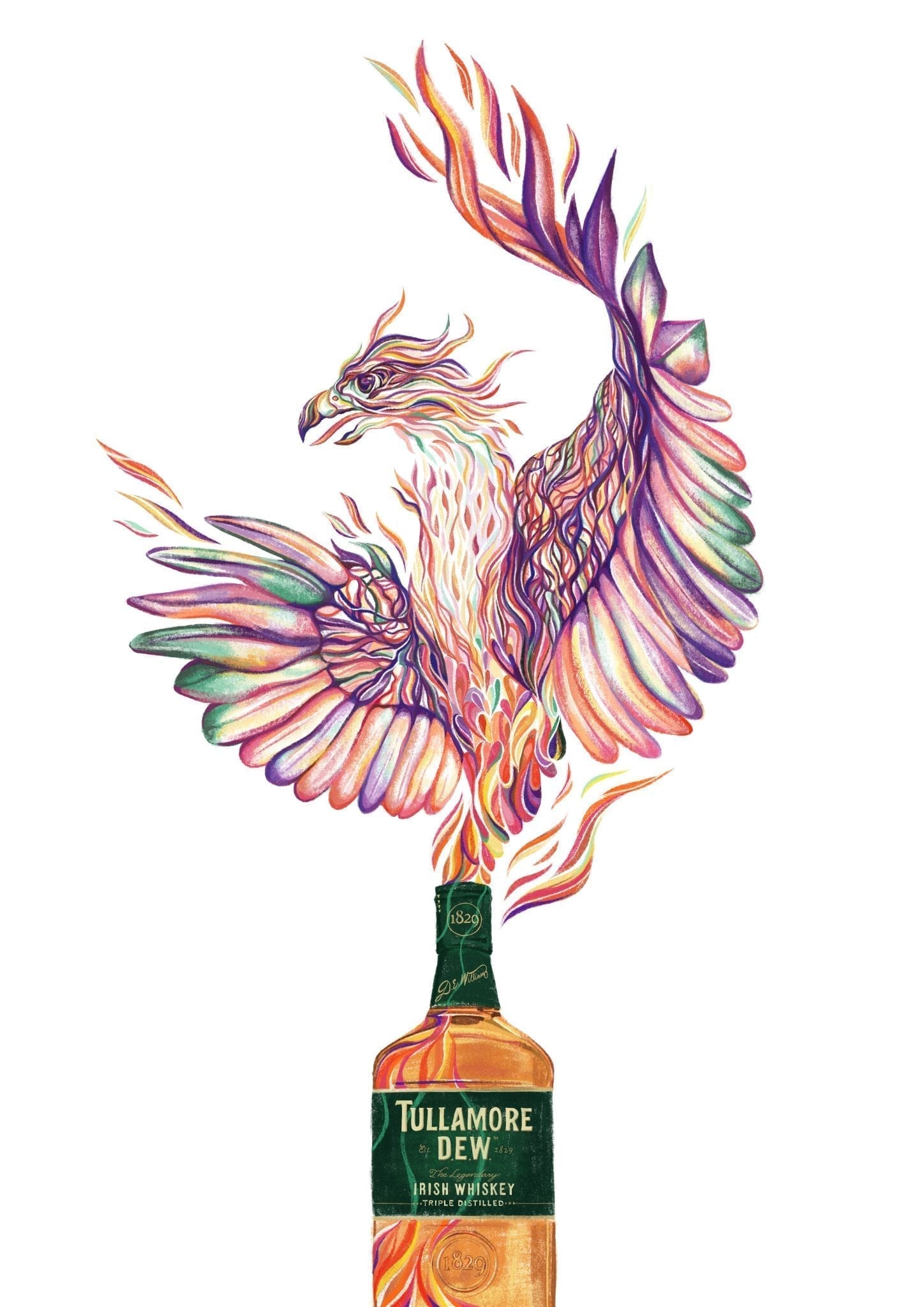 The Phoenix now forms part of the 10 year anniversary celebrations. The brand is offering people the chance to win the much sought after Phoenix blend. This blend is a rare addition from a very limited batch that is no longer available to purchase. This legendary cask strength expression showcases a wonderful combination of American and European oak used in the maturation of this exquisite triple blend liquid. The tasting notes include; rich toffee, vibrant vanilla and cinnamon spice. 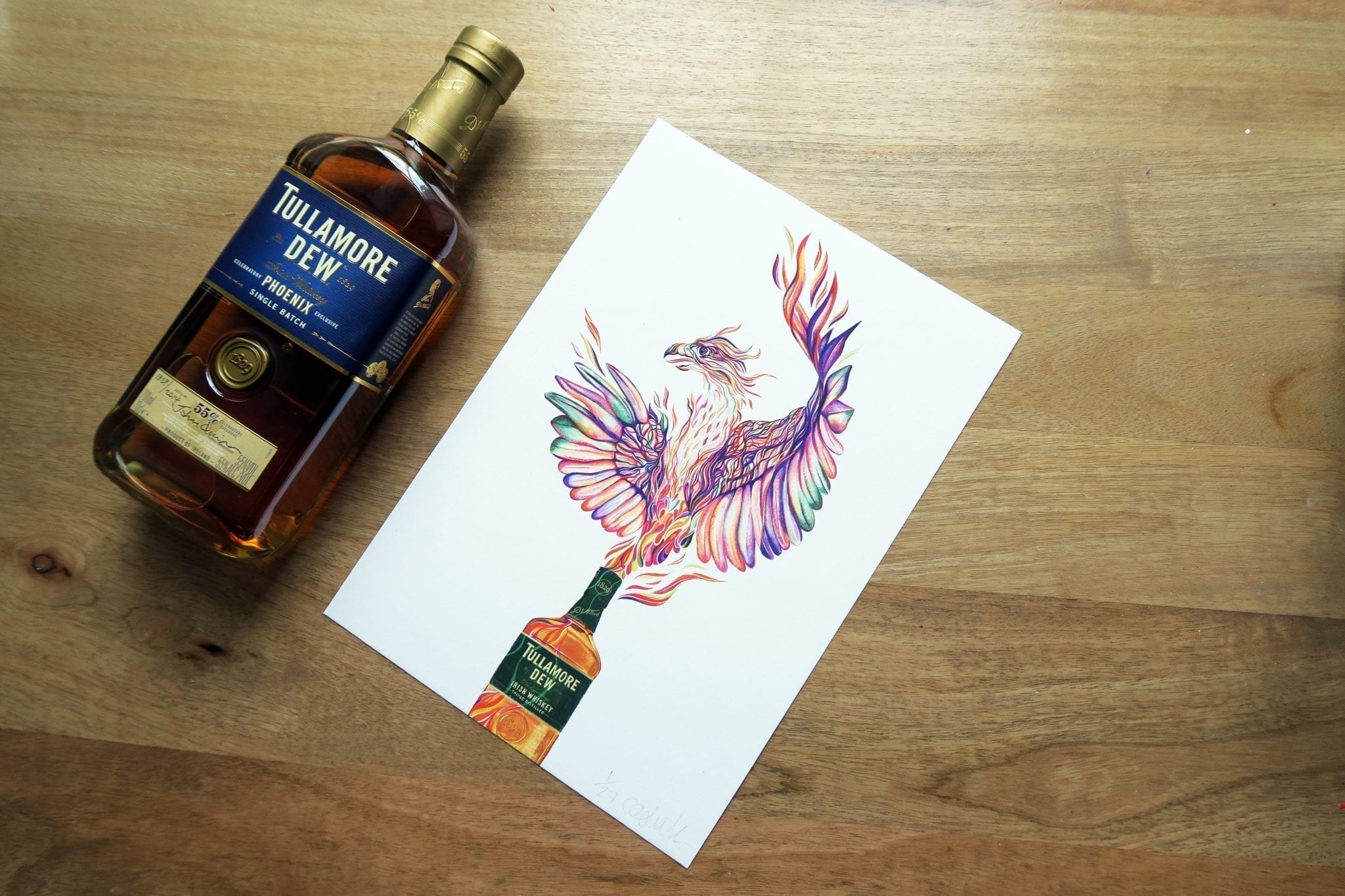 This special bottle was first launched in 2014 to celebrate the reopening of the distillery which was a huge moment for the Tullamore community, the brand and William Grant & Sons as the whiskey had not been manufactured in its homeplace for over sixty years.  It is a great story of rebirth hence the phoenix playing a big role in the celebrations both in 2014 and now, in 2020, as the global community arise from the ashes of a pandemic and the brand and William Grant & Sons celebrate 10 years of success together.

Additionally, the brand is celebrating the fact that the Tullamore D.E.W. Visitor Centre in Tullamore town will officially reopen its doors to the public today, 29th June, 2020. In a true ‘rising from the ashes’ moment, the team, will once again be ready to welcome guests to learn and experience all that is great about Tullamore D.E.W. and its long history of producing great whiskey in Ireland.

To add to the momentous occasion, Tullamore D.E.W. has commissioned the famous Irish artist, Claudine O’Sullivan, to create an illustration of the famous Tullamore D.E.W. Phoenix. Twenty lucky entrants who enter to win the Phoenix bottle will receive a signed original print from the artist as a runner up prize. All entrants to the overall competition will receive an electronic version of the print via email which they can print at home. 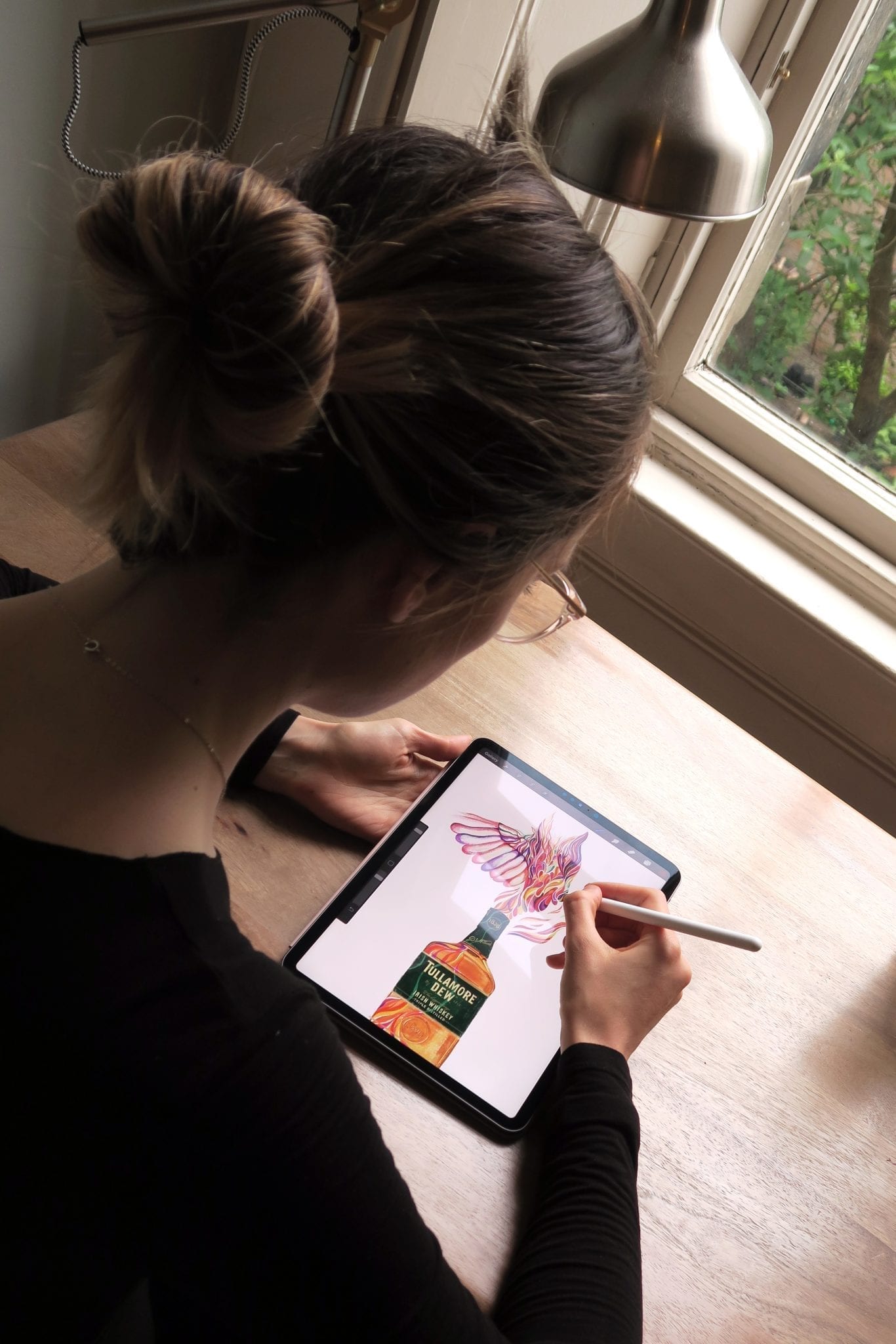 To enter to win the bottle and the art piece, people can visit the Tullamore D.E.W website here:  www.tullamoredew.com/RisingFromTheAshes and tell us what their rising from the ashes moment will be, i.e. what they are most looking forward to after all of the COVID 19 restrictions have been lifted. The competition is open now and will run until 5th July.

‘We decided to focus

our anniversary celebrations on the Phoenix as, under the current circumstances, it feels very apt. The phoenix represents news beginnings, rebirth and hope, sentiments that are very much sought after these days. Tullamore D.E.W. is a brand that has gone through many evolutions and has achieved so much since it was established in 1829. Through all this change, the brand has remained true to its character and history, keeping the story of the phoenix at its core’

‘We are delighted to offer this precious bottle of the Tullamore D.E.W. Phoenix blend from our archives to one lucky competition entrant.  We created Tullamore D.E.W. Phoenix, inspired by the phoenix which appears on Tullamore town’s coat of arms, to celebrate the ultimate courage and optimism of the Tullamore people, who rebuilt their town after the world’s first recorded air disaster in 1785. As part of the celebrations, we’re delighted to partner with the amazing artist Claudine O’Sullivan who created the Tully Phoenix print. She’s really embodied Tullamore D.E.W.’s character and spirit through her work and she captures the hope that the phoenix represents at this moment time.’

Some key brand successes over the last 10 years 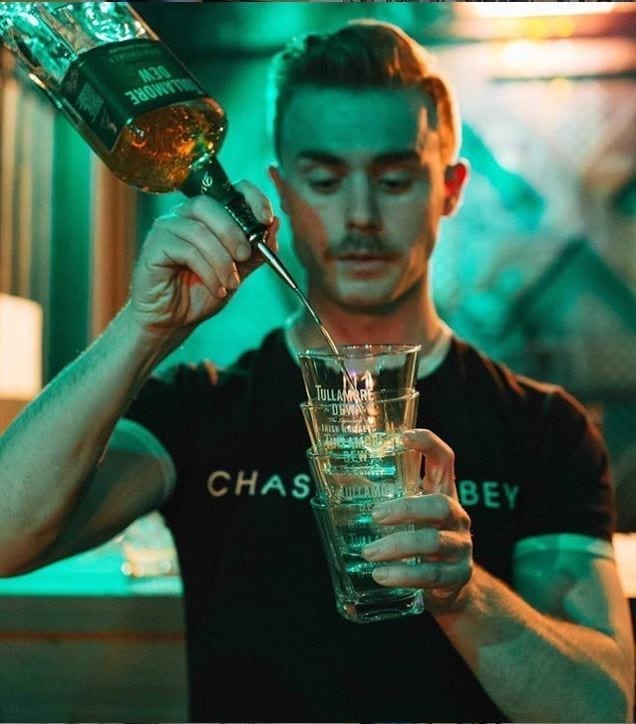