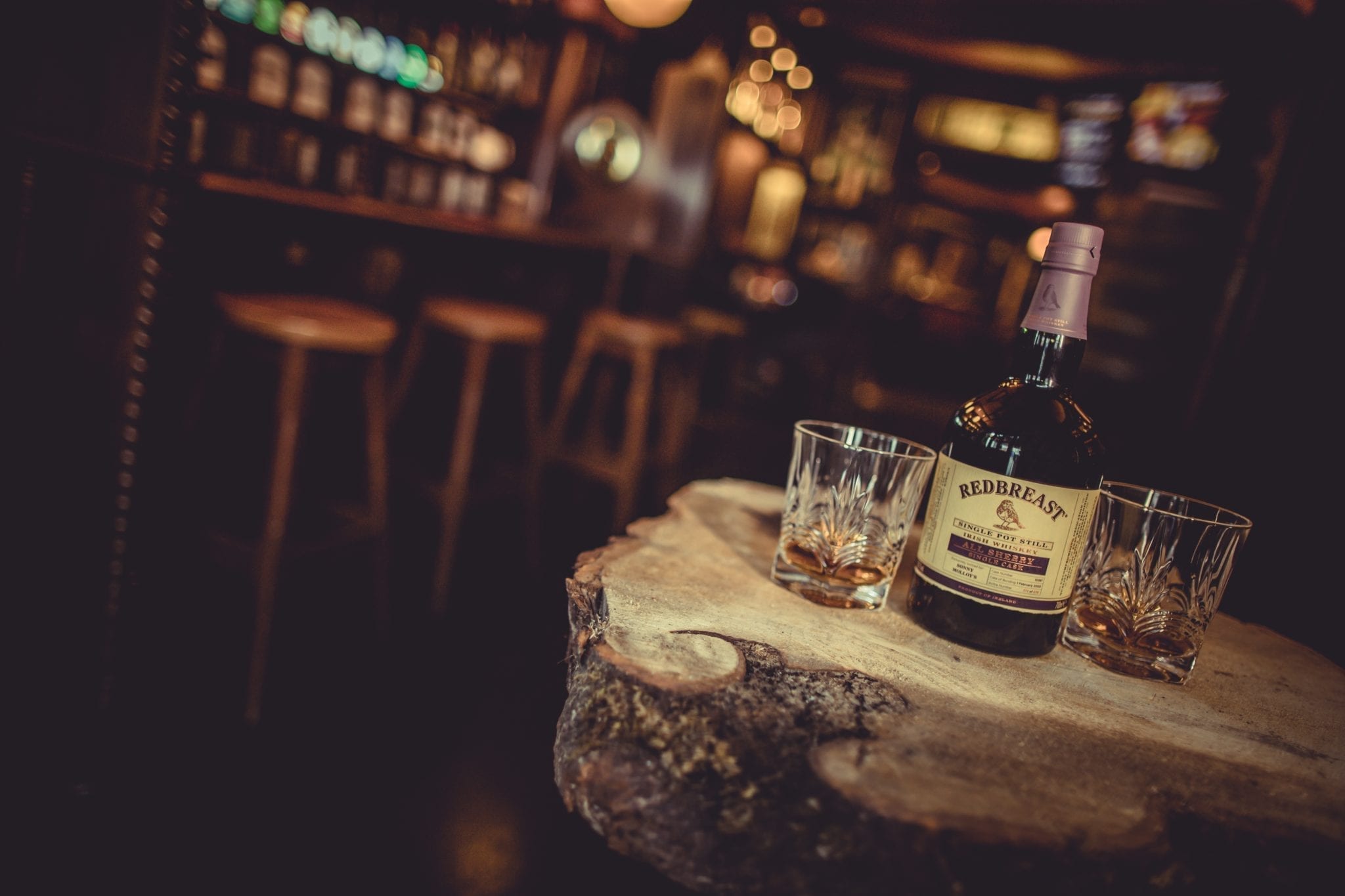 Redbreast Whiskey has chosen Sonny Molloys Irish Whiskey Bar as the first on-trade establishment to release a 16 Year Old Single Cask whiskey. Exclusively bottled for the award-winning bar in the heart of Galway City, it marks the first ever partnership between Redbreast Whiskey and a bar.

Aged in a 500 litre Spanish Oak sherry cask, only 570 bottles have been yielded from cask #10351. The result is a limited-edition and truly collectable whiskey. Just 200 bottles will be released for general sale by Sonny Molloy’s this Friday, November 16th at the exclusive price of €345. Each bottle forms part of an exclusive gift set, featuring two specially engraved Galway Irish Crystal tumblers and a certificate of authenticity, endorsed by Master Distiller, Brian Nation. 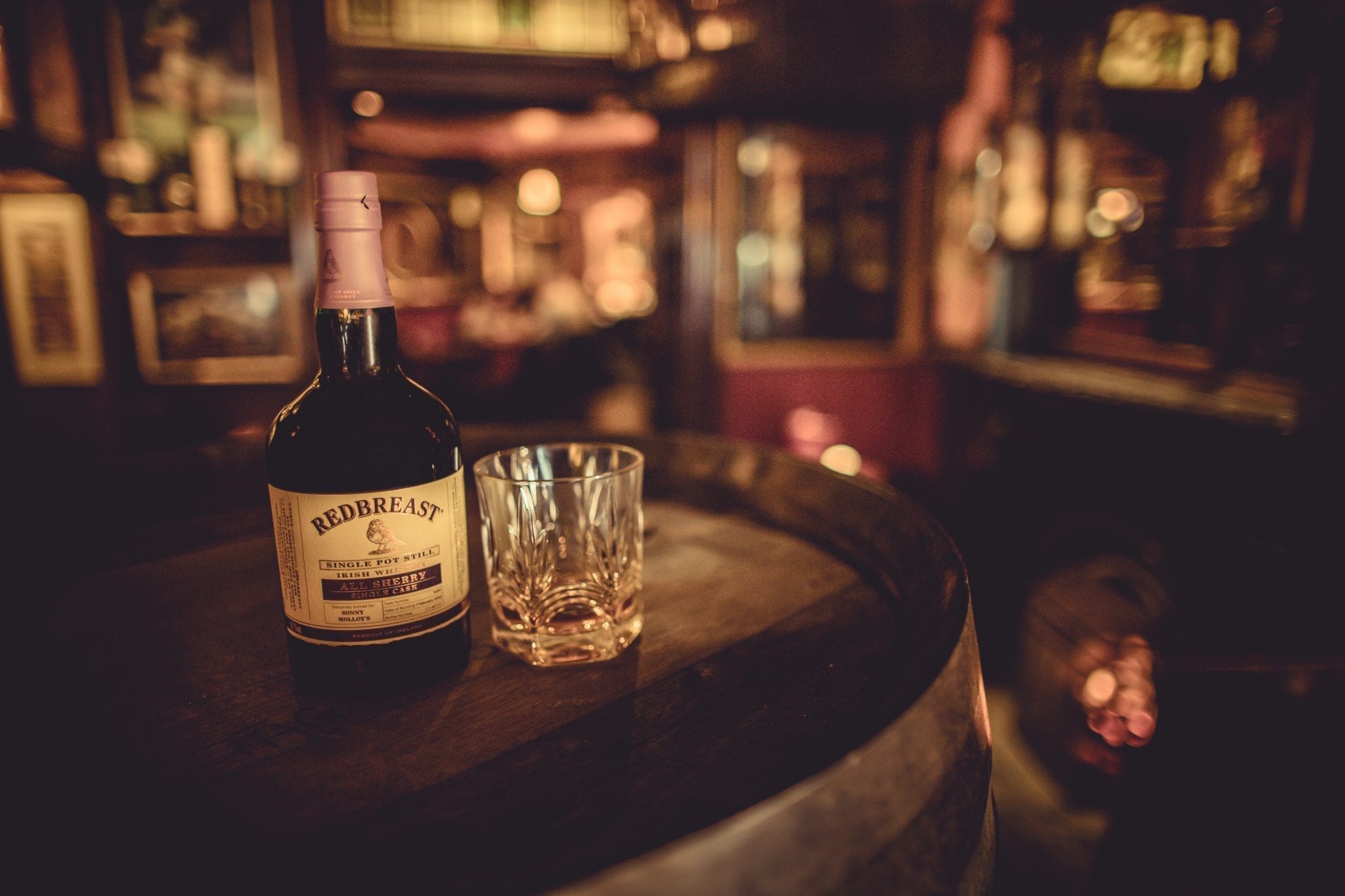 Redbreast is the largest-selling Single Pot Still Irish whiskey in the world and one of the most decorated – it is regarded as the definitive expression of traditional Pot Still Whiskey.

According to John Mannion of Sonny Molloys Irish Whiskey Bar, partnering with Redbreast is an honour.

Steeped in Galway’s rich whiskey heritage, Sonny Molloys is one of the country’s most popular whiskey bars and is a founding member of the Galway Whiskey Trail. The premises was formerly a renowned drapery shop run by the legendary Sonny Molloy. He was a larger-than-life character, famed for his friendly service and welcoming presence. The current bar-counter is still the very same as when Sonny worked behind it. 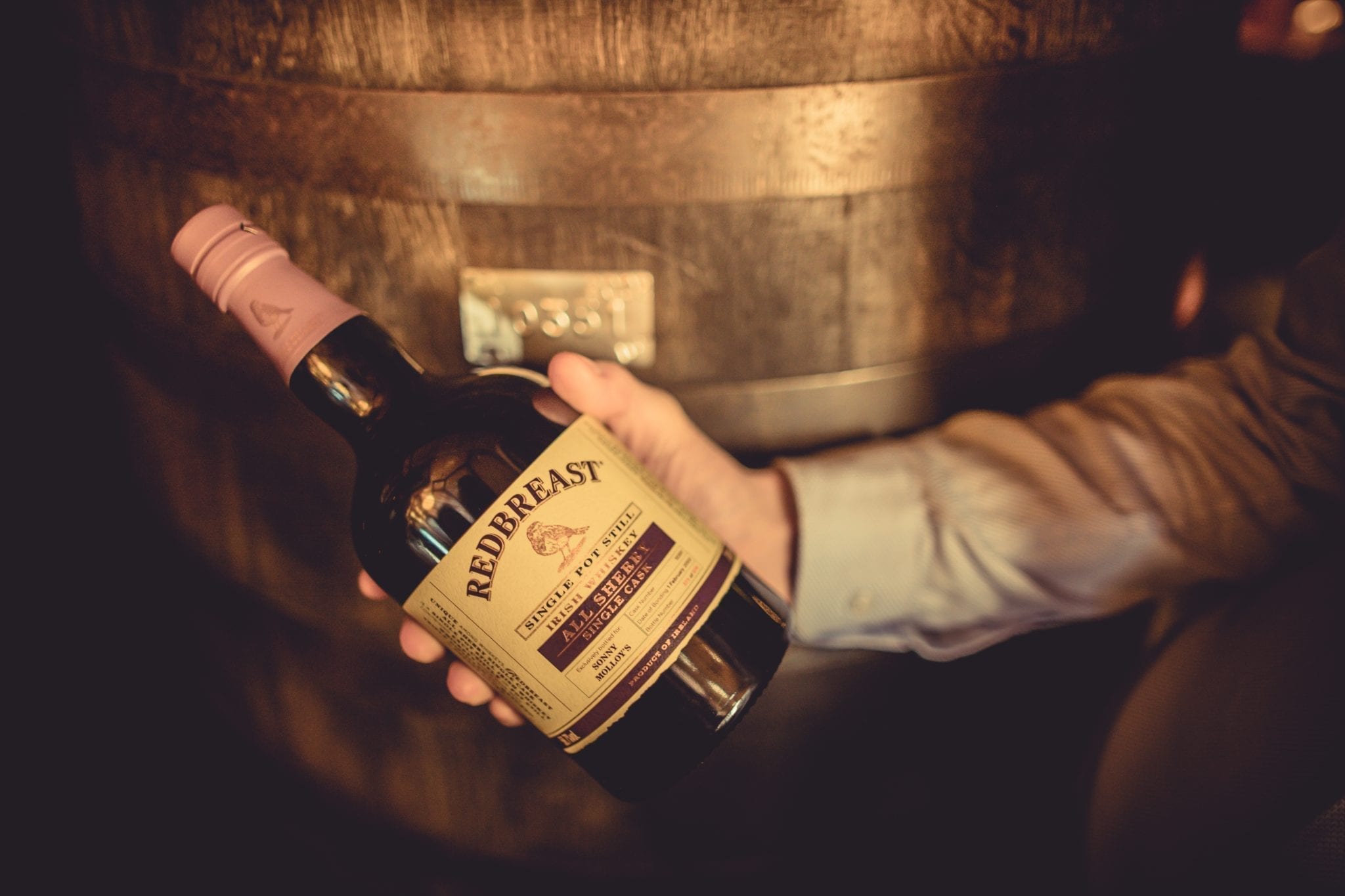 Indeed, Sonny himself appreciated a fine Irish whiskey, his favourite being a Redbreast 12 Year Old, which he regularly enjoyed as a nightcap. When releasing its first whiskey creation, it was therefore a natural choice for Sonny Molloy’s to partner with Redbreast. 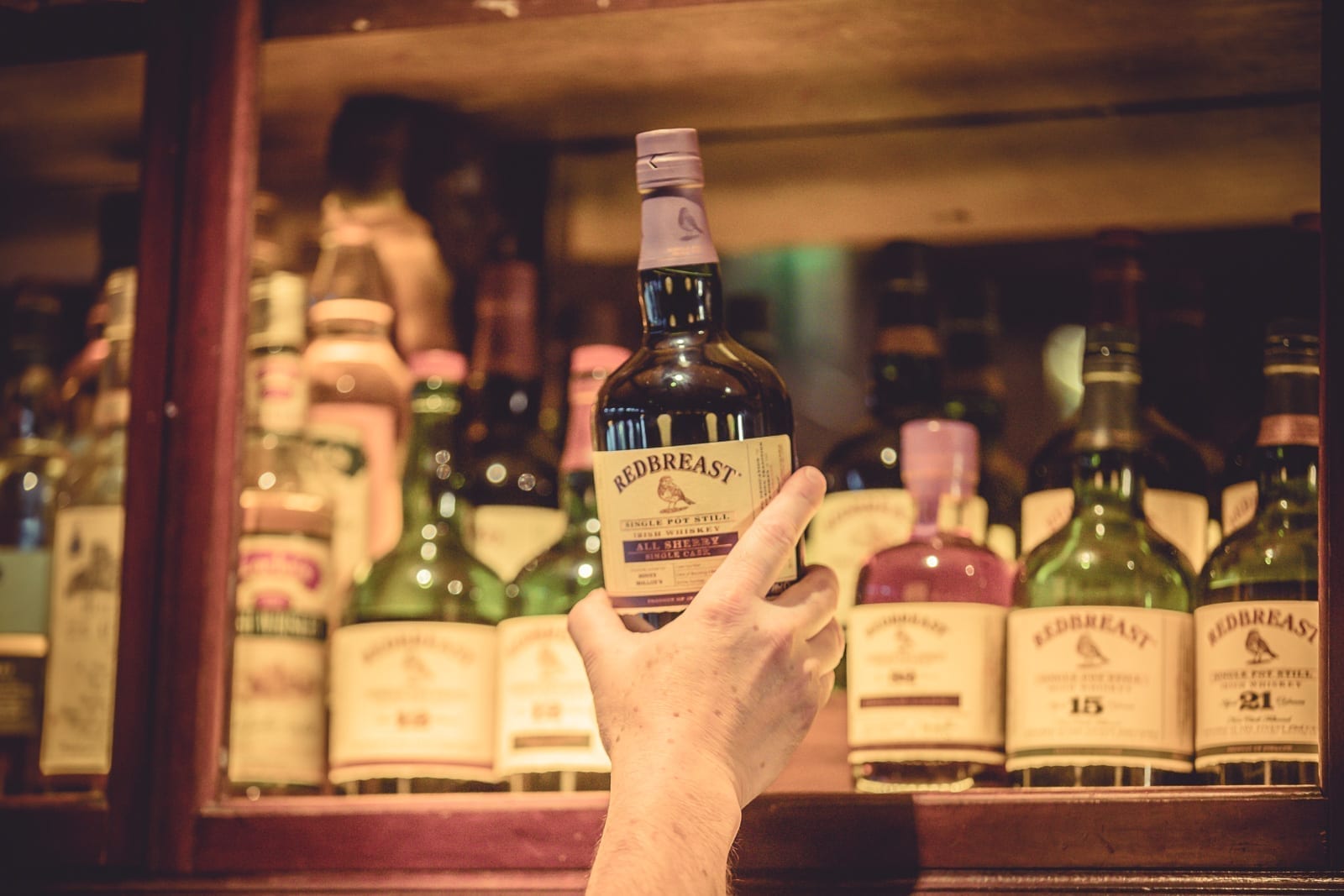 Nose – The initial delicate aroma of dried fruits of raisins and prunes quickly move across the spectrum to a zesty lime character with deep rich notes of wood, leather and coffee, while the pot still spices build over time adding complexity and balance.

Taste – Full and rich with a luscious texture that evolves as the spices continue to build on the oak tannins. Lime zest with dark chocolate and a mild nuttiness work in tandem creating additional layers of flavour.

Finish – Rich and lingering with the pot still spices slowly fading allowing the toasted oak to continue until the very end. 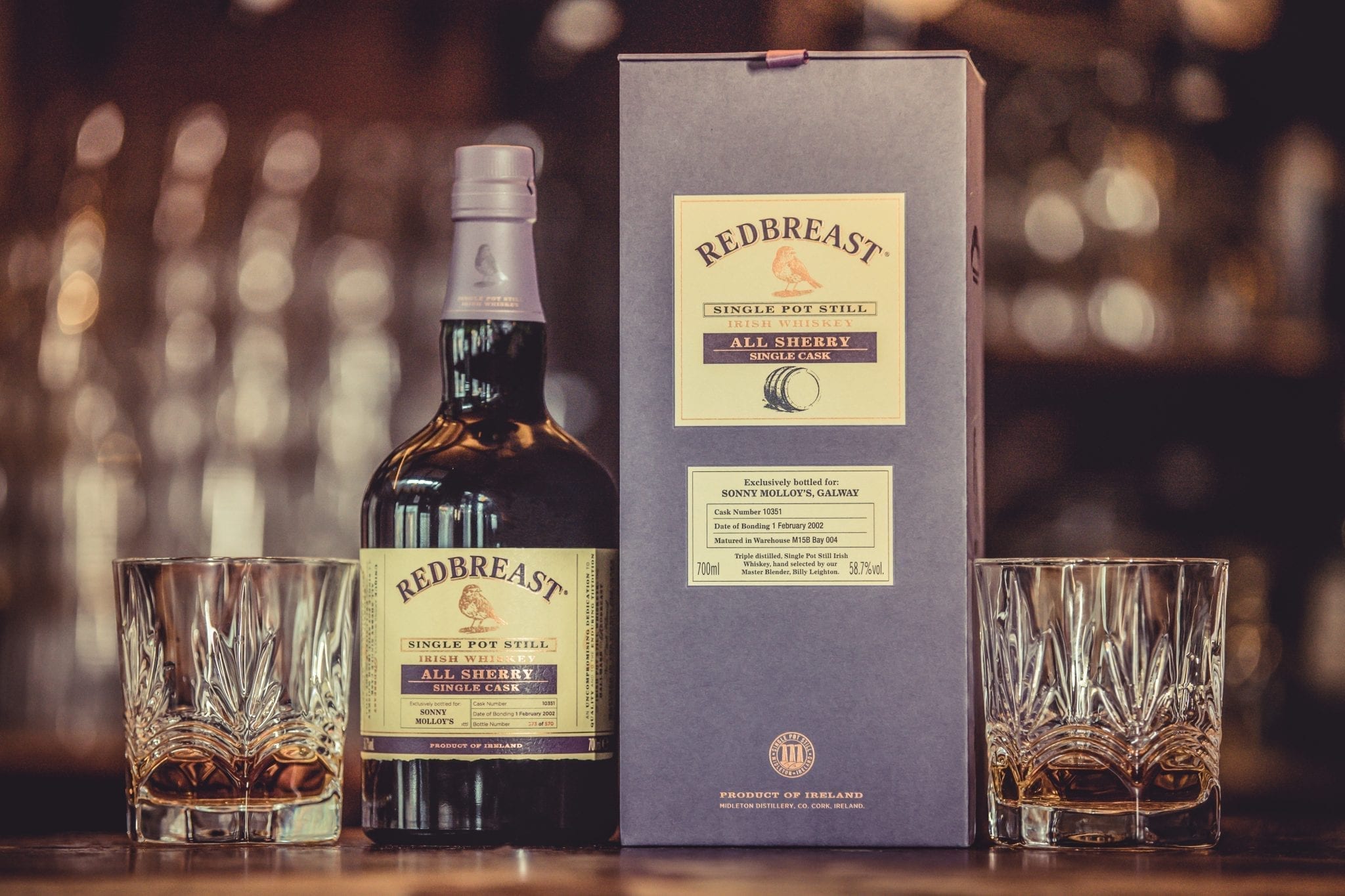 The Sonny Molloy’s Redbreast 16 Year Old Single Cask will be on sale, by the glass, in the bar or to take home as a gift-set. It will also be available in-store and online at McCambridge’s of Galway.