Together with the classic Portuguese port producer Quinta Do Vallado, Mackmyra has developed this year’s seasonal edition, a whisky finished in oak casks saturated with port. The result is an elegant whisky with a light spiciness and tones of sun-warmed fruit, tropical berries, buttery pear toffee and toasted oak. Vintersol (Winter Sun) is available in a limited edition. 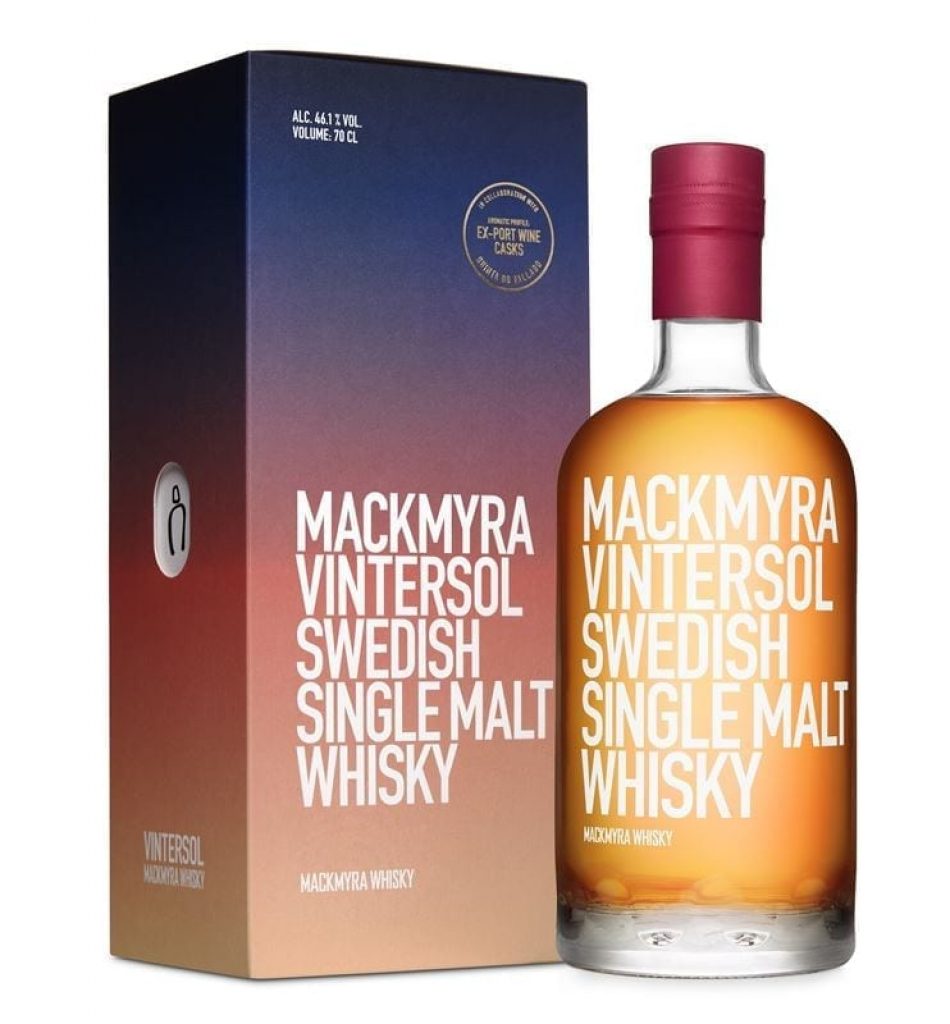 Mackmyra is now presenting a seasonal whisky with a port finish; the release is a collaboration with Quinta Do Vallado, one of the oldest and most reputable port producers in the Portuguese Douro Valley. Vintersol has been 50 per cent finished for 16 months in Swedish oak casks that previously held port. With the port setting the tone, Vintersol has been given a warm, slightly spicy character with hints of vanilla, chocolate and pepper that is equally suitable for mulled wine parties as for sitting by the fireside.

“We love to collaborate with other unique beverage companies that stand for craftsmanship and innovation. The partnership with Quinta de Vallado is no exception. After last year’s sales success of 30-litre whisky casks that we’d saturated with port from Vallado, we are now releasing Vintersol. The finish gives the whisky a distinct oak and berry taste. A whisky that’s perfect now that autumn and winter are coming,” says Eric Bräck, head of Mackmyra’s cask koncept.

Vintersol is an elegant single malt whisky finished in Bodås mine. The scent is spicy and herbaceous with fruity, warm wine-like grape tones with a certain minerality, followed by soft aromas of oaky vanilla, aniseed, ginger, raisins, pear toffee and vanilla. The taste is soft, fruity and spicy, with dried fruit, pears, raisins, ginger and vanilla. The texture is creamy and medium-bodied with an aftertaste that is fruity, spicy and oaky with warm raisins.

Mackmyra’s seasonal whisky Vintersol is being launched in a limited edition at Systembolaget on 4 October 2019.

About Quinta do Vallado