Indian whisky has an unusual story. Often maligned because of a lack of regulation, there are in fact quite a few really great whiskies originating in India. Many of the poorer quality Indian “whiskies” are made from molasses which actually makes them more akin to rum. The lack of an Indian technical file to define Indian Whisky standards does not help.

But Amrut, a family owned distillery in Bangalore, are generally accepted to be one of the better whiskies not just in India, but also in the international whisky world. Well known whisky writer Jim Murray is reported as describing Amrut as the third best single malt in the world in 2010.

It is reckoned that in the same way that American whiskey only takes two years to mature because of the warmer climate, whiskey in India can achieve the same result in one year.

Amrut expressions are generally aged for more than 4 and a half years which would make even their entry level expressions the equivalent of over 14 year old scotch whiskies.

My recommendation for your whisky collection, Amrut Fusion with its intense oak and softer peat notes, is one of my own favourites and is a great introduction to whisky from India. 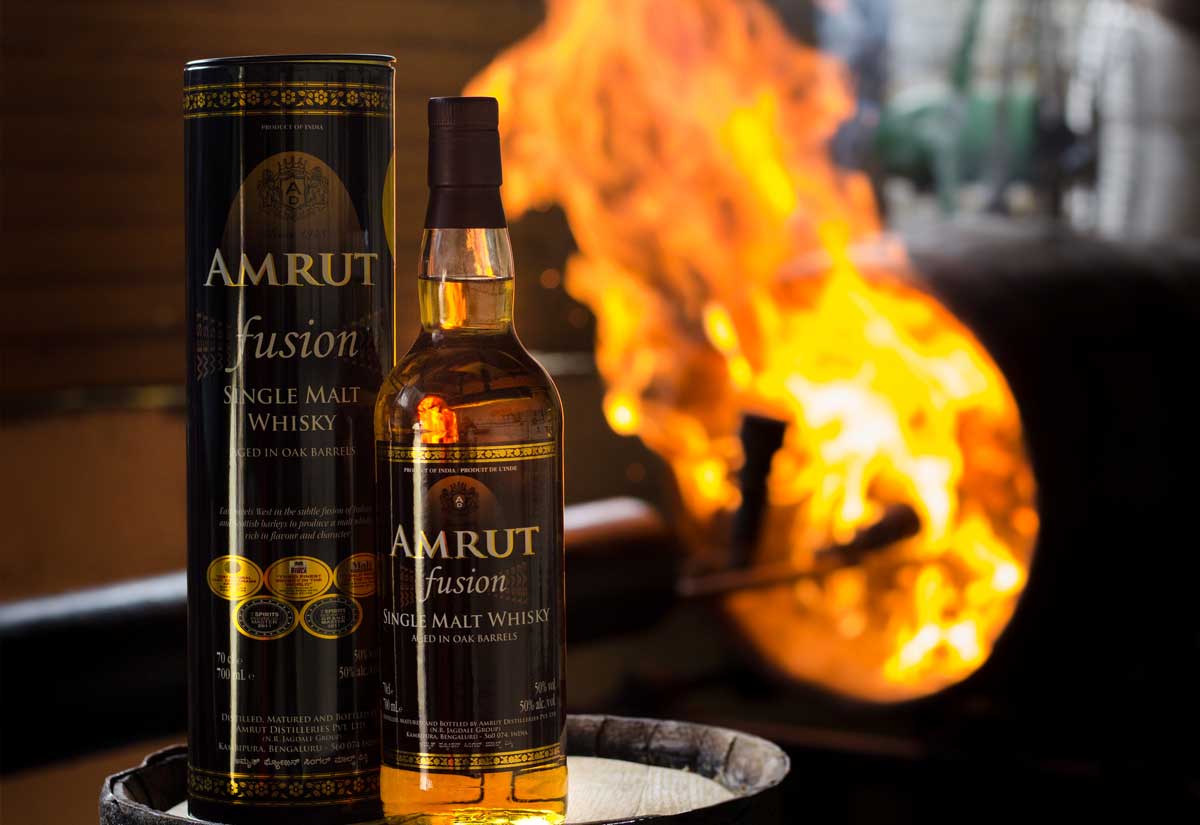